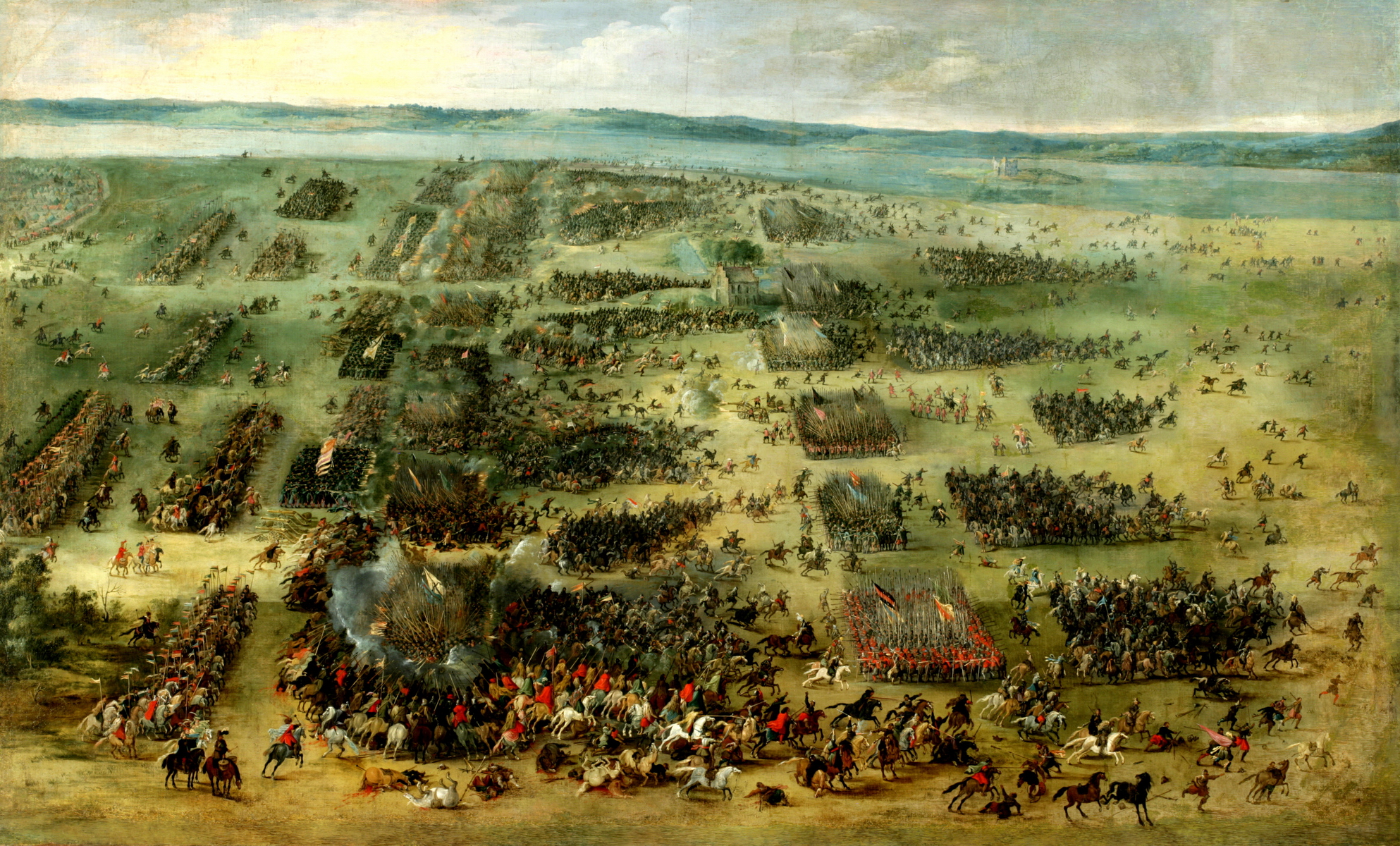 Buy on itch
Buy on DriveThruRPG

Conqueror is a battle add-on for tabletop roleplaying games, intended to expand on your game’s of choice large-scale battle mechanics and add flavor to them. Just like our previous add-on, Duelist, Conqueror is meant to work with your game, without replacing any of its systems. Many RPGs don’t come with ready battle rules, so Conqueror has a simple set of rules to play them out smoothly and without stalling the game – with them, you can describe the events on the battlefield overall.

Conqueror’s main meat isn’t big clashes of soldiers taking the spotlight away from the players – on the contrary, the guidance and rules in this booklet are tailored specifically to let the player characters and major NPCs shine, changing the outcome of battle through their decisions.

Conqueror has five major parts: the battle theater and armies, the battle events, major characters, and grand strategy. You can use them right during the game, following the simple guidelines to create armies, heroes, and epic strategies on the fly during your game thanks to the decision dice, or use a Game Master fiat to choose what fits best to your ongoing game.

Where can I get it?

Get it on Itch.io

Get it on DriveThruRPG!

Conqueror is the second in the series of system-neutral add-ons by Double Proficiency. Stay tuned for more in the coming months!

What else is there?

There is no better place to get our products than joining the Double Proficiency Patreon! You will get your monthly bundle of goodies and gain access to the full archive of previous releases!

Get your fix of awesome!

Read more about the project here!

A series of 50-card decks with encounters, wonders, mysteries, puzzles, and findings provides a convenient way of creating engaging situations for the players. Instead of rolling for random encounters, pick a card, and let yourself be inspired.

Find your next adventure here!

A weird unidentified object seen on the Finnish sky yesterday, May 18th, 2022
We're LIVE! Incitatus - a sci-fi thriller and your introduction to the world of Aphelion RPG - is here!
Disturbing lack of elf ears.
Something great and spooky is coming this way! Incitatus, a sci-fi thriller novel, is now up for pre-orders everywhere good books are sold!
The witchcraft research continues! History of magic has always interested me more than practice. This book covers so many different aspects of magical traditions throughout ages that it makes a great entry into the historical study. I plan to turn it into entertainment :) #witch #witchybooks #bookstagram
Some freshly delivered light reading, officially known as research! I have this awful itch to write more about various magical traditions and techniques of the world. Maybe, once I'm done with magical geology?
Loading Comments...