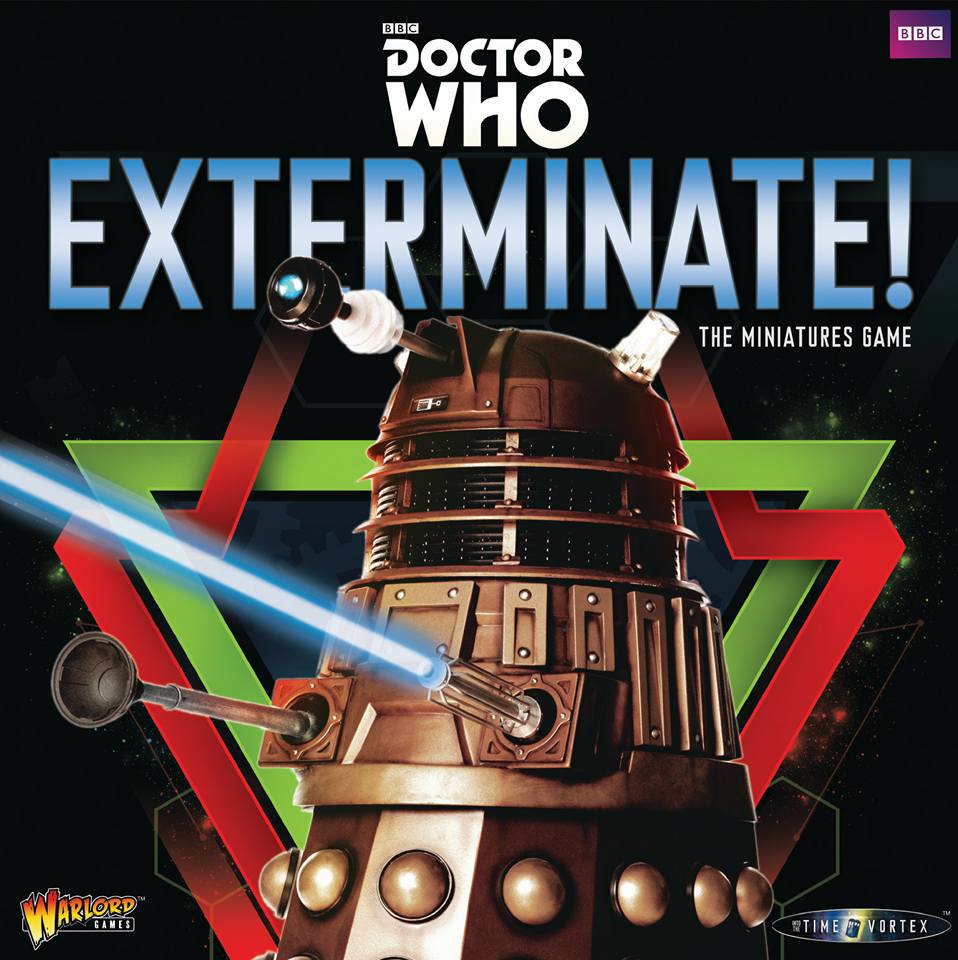 Produced and manufactured by Warlord Games, Exterminate! is an official, licensed wargame based on the hit BBC longest-running sci-fi TV series, Doctor Who.

The game is a two-player starter set in a hard box, designed by me according to BBC’s guidelines, but putting a creative spin on it. As the game features the two main adversaries of the Doctor, Daleks and Cybermen, they’re both featured on the packaging, along with the trademark Dalek’s war cry: ‘Exterminate!’, here also as the game logo.

My task for this game was to take a preliminary design created by another designer and make it an exciting, vibrant game that feels action-packed and engaging. The project called for creating logos for the whole Into The Time Vortex brand and for the Exterminate! game, as well as a set of three booklets, quick reference sheets, game tokens, playing cards, paper battlemat and cut-out scenery.

I was responsible not only for the design of the game, but also for creating the graphic elements for the game tokens, editing and proofreading the text of the three booklets, layout, as well as liaising with game’s creators and with printers to ensure the highest quality of the product.