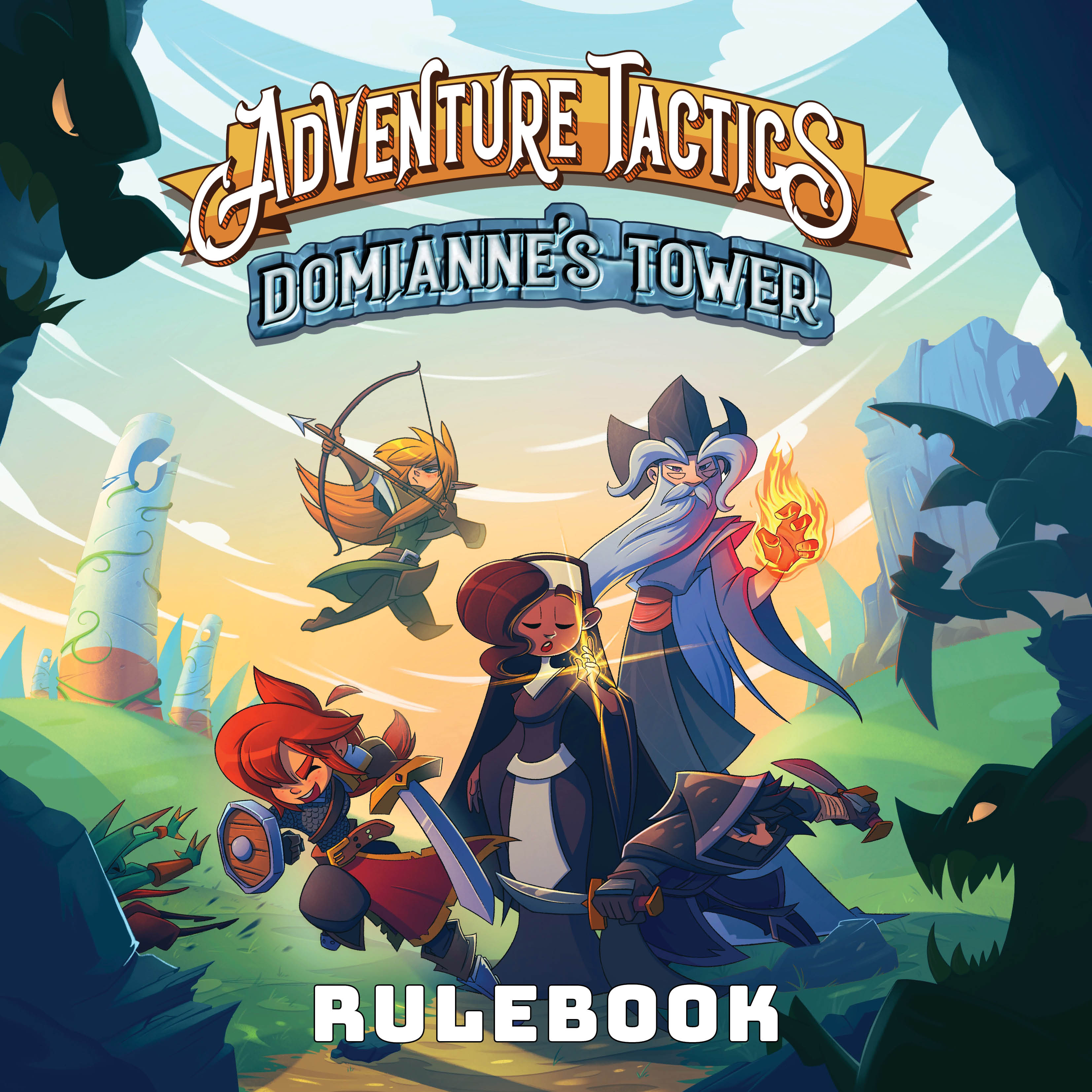 If you’ve missed out on Letiman Games’ Adventure Tactics Kickstarter, I’m sorry. It was a blast and we all had so much fun doing it. The game is awesome, too! And so, so soon to the release date!

We had the pleasure of working with Dan and Nick on the game, with Anna providing layout for the rulebook and the campaign guide, packaging design, as well as the graphic support for the Kickstarter. Jakub wrote three short stories to be featured in the campaign guide, building up the mystery and depth of the metaplot.

Here’s what it’s all about…

The ruthless Queen Domianne rules the kingdom of Astelia with an iron fist, but an ancient prophecy has emerged which threatens her reign. The adventure starts in your humble village and eventually leads to the seat of Domianne’s power, the peerless and ancient Tower of Greylock.

As you’ll learn from Letiman Games website, Adventure Tactics: Domianne’s Tower is an encounter-based, campaign-driven, cooperative tactical combat game. Begin your journey as one of 5 Basic Classes and battle your way through a branching campaign where you choose your own path in an attempt to overthrow the evil Queen Domianne. With each encounter, you will level up and unlock over 15 Elite Classes, adding new actions, equipment, and abilities.

Twenty-four pages full of rules and beautiful, colourful art, all laid out by Anna with care and attention to detail.

Here’s the free Kickastarter preview version of it!

Featuring both Anna’s layout and Jakub’s wrtiting, the Campaign Guide sends the players and their heroes on a perilous journey to fulfill the prophecy and save the world. Whether they succeed – and whether their success is what the world needs – remains yet to be seen.

Jakub has written three short stories for the project.

First of them introduces the five playable characters as they take a short breather after an encounter on the way. Quick-witted banter between the friends fleshes out their quirks and personalities.

The second story delves deeply into the machinations and plans of the most Machiavellian of the enemies they heroes will encounter during their quest.

As a part of this project, we also took care of the Kickstarter campaign, providing Letiman Games with a collection of graphics and ongoing support for the duration of the campaign.