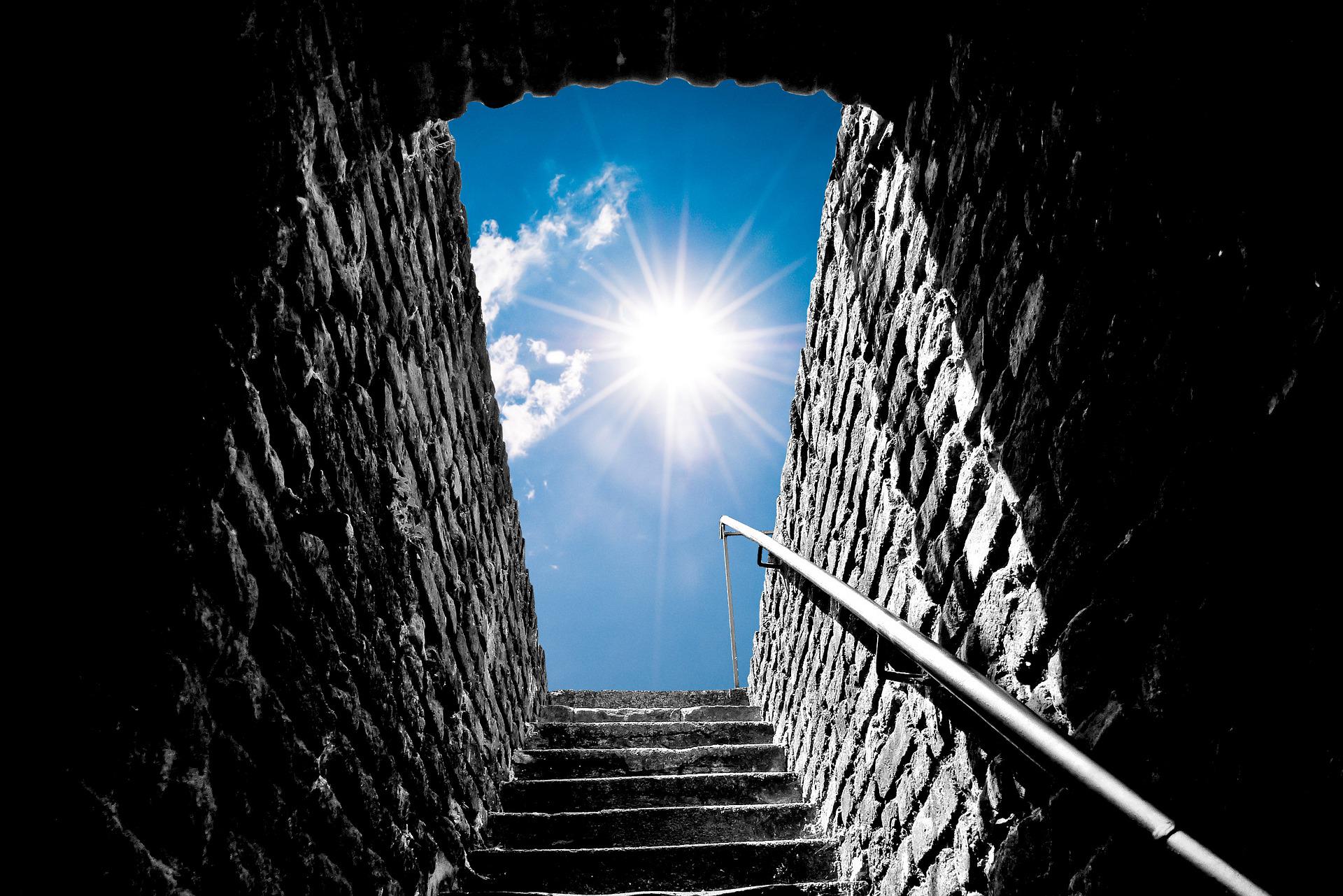 Despite us being incredibly busy with the incoming releases of Incitatus and Aphelion Toolkit Core itself, I still make time to write a blog – especially if I want to keep things up to date about the testing progress.

So yeah, the playtest goes on, and it’s time to resolve the cliffhanger from the previous blog. In the previous episode, Folas Adzana, a would-be paladin ends up in trouble with his organization before he even got to start his duty. Ambition and wounded pride led Folas to try to steal a tome of forbidden knowledge, but his plan was foiled by an old rival.

Despite Dawnwhisper being vastly more powerful than our hero, we managed to take him out – just barely.

That being said, we have no time to escape the guild’s dungeons, as the guards arrive to capture our exhausted protagonist.

There was no way to cross the bug room or the trapped floor room in time, so we had to head back, and into another option.

We could only explore a few corridors before the reinforcements crossed our path. The timer ran out, and they generated at the nearest Gateway module, which in this case was where we started the Scenario. Folas didn’t get far from it and had to turn back, so there was no other choice.

If Folas could quickly break through the obstacles, the following modules would surely be easier, and maybe let him stay ahead of the chase and recuperate a bit.

Module: Scenario Object: Machine, rating 5. To work the machine, must score 5 marks against Pushdown of Scenario Rating 2 – still over the top for what the tutorial Scenario should be, but we wanted it hard as it gets to test the limits. We can do this!

Finally, a way out! The only problem – the way is barred. The gate lifts using a rusty mechanism. Folas tried as hard as he could but to no avail. The guards are just around the corner…

Reinforcements arrive. Six background characters, 3 dice Exploration/Investigation. 1 Variable in focus. 6 Pool Points each. Normally we would be able to fight them as equals, but Folas is still exhausted after fighting Dawnwhisper.

The torchlight gave Folas a second of warning that the guards are onto him. Half a dozen guards in Order tunics, each with a torch and a club. They immediately shout at Folas, demanding he stands down.

Folas forced to play his Intimidation: Resolve +2 Pressure. Scored 2 marks. His Morale was reduced to 0. This is not good, but maybe we can ditch the opposition.

Unfortunately, the suckers did not so long, and quickly spread to find him – they were trained against sneaking thieves after all. They quickly discovered Folas and continued to demand he surrender, causing our hero Morale Drain and reducing the maximum to 3. We were both physically and mentally in a sorry state.

Out of the Sorry State

To be honest, I considered just accepting defeat at this point, better to try and break out of jail than push my luck and end up losing a freshly-made character. I went out with a dog, to cool my head and had an idea – what if I go back to the worm room, and have the guards deal with them? That way two threats would get busy with each other, while I could take over the Scenario Object there and use it to break through the gate. Once I get it out of the center of the grid, things were bound to get easier.

So I moved Folas out of the module, closely followed by the guards – they only have one Action, so they couldn’t Intimidate and move modules simultaneously, while I could recover that little bit of Morale and Stamina I had left.

I couldn’t run forever, and it was possible I stumbled onto new opponents, let alone more reinforcements, but this could work. And so I did just that. When I entered the bug room, I had Folas hide, which he can reliably do. Normally the guards could find him just as quickly, but as Folas was already hidden, they were faced with the bug Scene first and had to deal with it.

Faced with a new situation, I rolled for their Behavior to see what they’ll do. Their Behavior is Assertive, so they’ll try to clear out the nearest target. They can’t see Folas, so they’ll move against the Extras – as we established they are a Scenario Object, not characters on their side.

Worms have a Resistance of 21 to remove, Challenge of 9. Assertive guards have a bonus die to Physical Task, minus dice to Mental, and +1 Edge to Investigation – they’ll find Folas pretty quick if they get around to it.

Guards roll 4 dice, Resistance of 5 to reduce the Challenge of 21 by half. It’s time for the Scenario’s high difficulty to work in our favor. That Challenge is high, so it’s gonna take the guards a while. Folas doesn’t need much time, though.

Splitting his attention between staying hidden and sending strands of magical energy into the guts of a golem, Folas worked quickly. It’s going to be a while before the guards clear out all the worms and resume their search for him. They were making good progress, but so was he.

In the following couple of Intervals, Folas was splitting Actions between generating magical energies and spending them to build up control over the golem, while the guards were clearing out the bugs so they can search for him. Time was on their side, as Folas couldn’t leave without being spotted, and more Reinforcements were on the way.

In Interval 19, Folas finally activated the construct. As a Rating 5 Vehicle made for Warfare/Research module, it adds 5 Clout and Edge, as well as Soak and Resistance to Warfare and Research Focus Cards, with Durability of 15 if attacked directly. A machine much more powerful than Folas’ items, it only has Fuel for 5 Cards though! I had to spend them well.

We spent two of the Fuel to move back to the module with the gate, followed closely by Guards who noticed when a giant mech left the library and abandoned the bug massacre to follow it.

Back in the room with a gate, I decided to try and work the mechanism, and instead use my new toy to simply break through. I flipped the script.

Action 1, Flip the script: Warfare. Unfortunately, the Pressure that helped me so far is gone, as it’s a new Scene. My 3 marks against Scenario’s 5 Pushdown, Scenario Rating raises to 2! Meaning all Pushdown is now as Scenario Rating 3. Gods damn it.

Action 2, Using the robot to break through the door! Close quarters, using Brawl, supported with Constructs 5 Clout and 5 Edge. 8 marks.

Scenario Pushdown: 8 marks, 5 soaked by the construct. I have 6 net marks and bust down the door! 2 Fuel remaining.

Supported by the powerful arms of the librarian construct, Folas breaks down the massive door just as the guards arrive to stop him. “Too late, suckers!” he yells.

Another round of Reinforcements was near, so I had little choice but to make it towards the exit as soon as I could. Fortunately, the hardest modules were behind me.

Action 2. I’m gonna punch through, spending both stamina points. Resistance of 16 -5 is 11, minus 2 Stamina it’s 9. 8 marks, goodnight San Diego. 0 Fuel remaining. I have to abandon the mech, but I made it through the module!

Still followed by the guards, Folas crashes through the closed gate right into the guard maintenance room, where a group of Order guards maintained the defensive perimeter. Without stopping to say hello, Folas crashed through another set of doors and left, now followed by eight guards. Somewhere behind him even more guards enter the chase.

We’re on a roll, so let’s keep rolling. We move into another module, crawling closer to the exit.

Chasing Guards: Lost track of me, but will follow shortly.

Action 2: Continuing the Challenge with thieves’ tools. 4 marks, done. I’m outta here, finally. Stamina 0/2 – Folas is struggling to move forward and not collapse in a heap somewhere in a corner. But the worst is behind him!

Guards in the module: Same as before, scored 2 marks, Folas still has 1 Concealment. The guards will call over the ones from the neighboring module next turn.

A locked door never stopped Folas before and it won’t do it now! Even though the guards here spotted him for a moment, he managed to unlock the door and slip away.

And finally, after nearly 30 Intervals, Folas is in Gateway! All he has to do is cross the Obstacle here, bound to be a piece of cake, even badly exhausted as he was.

Action 2: scoring them marks, using all 4 Concealment points against Resistance of 6. 6 marks for me.

Guards in the module: trying to stop me. Scored 3 marks. I won.

Folas sneaks past the unsuspecting guardsmen at the Order Hall’s entrance – fools didn’t even know anything was amiss, so they didn’t think to be wary of disturbances coming from within the halls. They realized the error moments after, as over a dozen winded guards rushed to the entry, calling on their comrades to stop the fugitive. Too late, as Folas was already out the door, and gone in the labyrinth of alleys of the Grand Vilrywell grand market. He was free, and his vengeance has only just begun.

Our first solo playtest had the WORST luck of the draw when it came to difficulty, but it proved to be a good thing. The system proved robust enough to be workable even when the odds are piling against the player. It was much tougher than I anticipated, but I managed – just barely. The final dash towards the exit went by in a blur of emotion, as Folas left the critical crunch of the high tier modules and just charged past.

As for game mechanics, I had to do some changes to account for holes found during the Scenario, but it was surprisingly little work, considering it was my first beta test. I’m looking forward to Folas’ next move, and I hope you do too!

The next Wayfarer's deck is available on DriveThruRPG.com ! Purchase the digital set to add Courtly Whispers to your #ttrpg or #writing toolkit.
For Shao, living up to her father’s vision for her hasn’t been easy. When she discovers a data chip leading to a pirate treasure, she convinces her crew to ditch their corporate job. Has she made a huge mistake? Will her crew will wind up paying for it? #scifi #bookworm #bynr #readinglist #reading #scifibooks #readersofinstagram
A pair of strangers approaches you, intent on striking a casual conversation. Their probing questions suggest...you better get the new Wayfarer's Deck: Courtly Whispers! It is available to purchase on DriveThruRPG.com and download today! #dnd #ttrpg #worldbuilding
The next Wayfarer's deck is available on DriveThruRPG.com today! Purchase the digital set to download Courtly Whispers to your #ttrpg or #writing toolkit.
Copper, commonly considered the metal of love (as it's sacred to Venus), is also the symbol of forgery and deceit - mostly because alchemists were using its alloys to craft fake gold. It was said that forgers had 'a copper forehead,' and this suspicion spread onto all redheads...
The path winds between stalactites until suddenly stopping in a sharp decline into a deep crevice. You catch one of the rock outcroppings in the last second, but a long climb awaits you. #ttrpg #encounter #WayFarersDeck #illustration
%d bloggers like this: