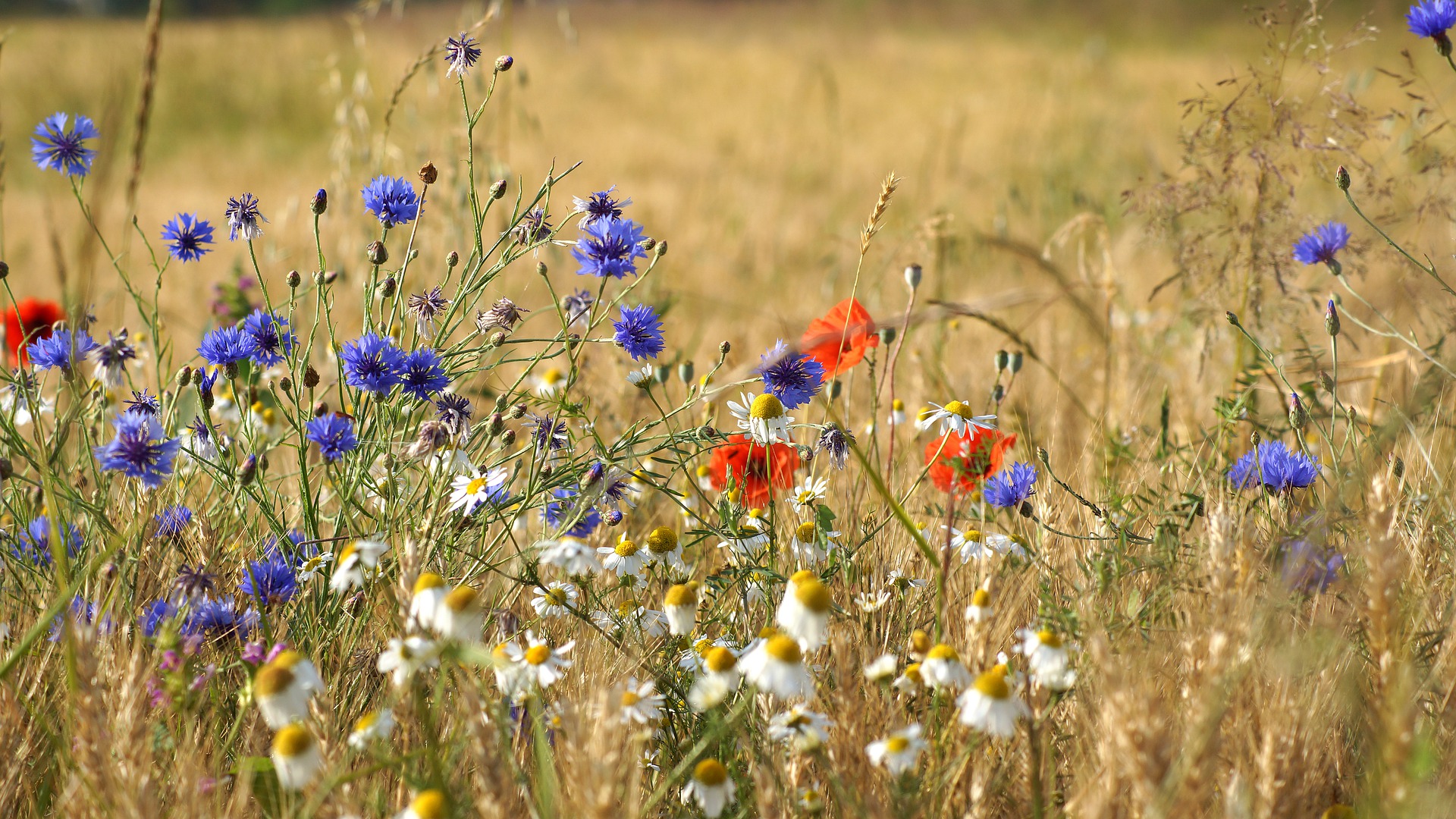 (This article has been originally published as a guest post on Campfire, an online platform for writers and worldbuilders. Check them out!)

The life of an adventurer is full of strife, terror, and mortal danger—and yet, we often pick this path for ourselves. The excitement of discoveries outweighs the dangers, and freedom of choice is worth risking our lives. However, it is always advisable for an adventurer to take necessary steps towards prolonging this desirable existence; steps such as learning how to use the environment to their advantage.

In this short article, we’re introducing the magical qualities of eight plants that might be already well-known to adventurers. A great deal of this information comes from various folklore, though each has been reviewed by botanist Rishi R. Masalia, PhD. Thanks to the plants’ popularity, the ones listed here shouldn’t cause seasoned travelers any trouble to procure—yet their powers may well make the difference between life and death.

This tall bush with spikes of flowers is a staple of warm, dry climates, growing on sunny fields and delivering nutritious, protein-rich grain. For the adventurer, it’s the flowers that hold most interest. The deep scarlet of petals bestows the color of healing potions, of which amaranth is one of the main ingredients. Full of life-giving potential, amaranth flowers speed up healing of wounds and stop the unwanted blood flow.

This power stretches far beyond basic healing: the petals never wither and properly applied can prolong life or even grant immortality. They are also a highly prized offering for the souls of the dead; burned as incense, they call forth the dead and make them more friendly and helpful. An enterprising necromancer or a cleric would certainly find even more uses.

The white and gold daisy-like flowers peppering lawns and meadows carry a sweet, herbal, and relaxing scent. Almost everyone knows the power of chamomile tea with its gentle sedative properties, easing insomnia and raising sleep quality. Applied topically as a cream, chamomile heals sunburns and other skin irritations.

The magical properties of this plant are closely connected to sunlight and fire: it brings light and hope into the darkest places—literal or figurative. It attracts wealth and luck, particularly in games of chance; if gambling is your leisure activity of choice, let chamomile support you in it. The more nature-oriented adventurers will be happy to learn that chamomile supports the growth of other plants and removes curses placed upon the land. Failing crops? Cursed forest? Withering druid grove? No job is too big for the little, humble chamomile.

A favorite seasoning of many cuisines, garlic is not only a useful ingredient in campsite cookery. It is, indeed, as magical as it is flavorful. It draws out diseases, trapping them inside the cloves; what happens to them afterwards depends on the morality of the user. It bolsters courage, enhances speed and endurance, if only one doesn’t mind a bit of a body odor.

A staunch protector, garlic excels at removing unwanted people, creatures, and threats. It guards against storms and bad weather, repels thieves, and exorcizes spirits. It is, however, most effective against vampires, leeches, and other bloodsuckers. The combined power of pungent scent, sharp flavor, antimicrobial properties, and apotropaic magic makes every hemovore look for an easier meal elsewhere.

Those rough, scaly, abrasive shoots grow on wastes and roadsides in cold and temperate climates, creating fields of miniature trees. Ironically, horsetail is deadly to horses and other livestock, as the silica-rich plant usually causes irreparable damage to the animals’ digestive tract. For an adventurer, however, the benefits of horsetail are vast.

The rough shoots help enforce boundaries and strengthen circles of protection and similar spells and rituals. They protect the psychic space from intrusion, guarding the diviner from malicious spirits. Even more importantly, horsetail guards the wearer from mental manipulation: one carrying it cannot be charmed or frightened by magic, their minds are shielded from outside influences, and their thoughts cannot be read.

A whistle made of horsetail will summon and charm snakes. How an adventurer will turn it to their advantage is up to them.

Mandrake—also known as mandragora—is one of the most magical plants, known even to those who don’t dabble in magical arts. The cabbage-textured leaves and tiny flowers are what you can find in open woodlands, but the true treasure of mandrake is hidden underneath, stored in the fleshy root resembling a humanoid silhouette. The more striking the resemblance, the more powerful the root.

The plant is a staple of healing spells and other rituals affecting the human body. Usually, it is employed to heal wounds, promote health and well-being—yet less moral individuals may use it to plant disease or curses upon their target through sympathetic magic. Ingested in minute doses—mandrake, like many other nightshades, is poisonous—the plant brings visions, aids divination and clairvoyance, and strengthens psychic skills. Overdosed, it instead causes hallucinations, hypnotic states, and even death, so adventurers should be more than careful.

This rare—even endangered—fern is a highly prized adventurer’s helper, easily identified by fan-like leaflets resembling half-moons. Growing on heaths, grasslands, and dry meadows, moonwort can be often found near abandoned horseshoes, as the power of this herb lies in breaking the bonds; many horses have found themselves unshoed after galloping past this tiny fern.

The rarity and value of this herb is additionally heightened by its peculiar ability to change quicksilver into silver. Alchemists are always willing to pay a good price for moonwort—yet not many adventurers are willing to part with their harvests.

The green herb found in nearly every garden is a particularly useful plant for adventurers who find themselves in the middle of social intrigues. Not only can it hide the scent of garlic that was employed as protection, but also detects poisons, protects the food from contamination, and purifies the body from alcohol, should one get carried away in carousing.

At the same time, parsley has a darker side, closely connected to the Underworld. It is said that the seed of the plant travels to the lower planes seven times before it germinates—and that only those with a close connection to the Underworld can grow it in abundance. It is employed to preserve corpses and send the dead peacefully into their realm, and many of those who wish to confer with the souls of the deceased use parsley to forge the connection through the Veil.

Found in cold and temperate moist woods, valleys, and riverbanks, witch hazel is most striking in winter. Red and yellow blooms stand out against the snow, catching the adventurer’s eye… Yet it’s often the adventurer’s ear that notices them first, when the mature nuts split loudly and send the seeds flying throughout the forest.

This fascinating property makes witch hazel particularly interesting to magicians, as it is able to store a spell within a nut—and then release it in an explosion, affecting everything and everyone within the seeds’ range. A clever spellcaster will find endless uses for curiosity—however, they should keep in mind that the nuts will split on their own when they reach maturity, so storing them for months in a pocket might not be the best idea.

Witch hazel wood is attuned to water and makes great dowsing rods. In addition to finding streams and lakes, it is also capable of divining the position of portals to the elemental plane of water, water-aligned creatures, and similar magical effects.

The next Wayfarer's deck is available on DriveThruRPG.com ! Purchase the digital set to add Courtly Whispers to your #ttrpg or #writing toolkit.
For Shao, living up to her father’s vision for her hasn’t been easy. When she discovers a data chip leading to a pirate treasure, she convinces her crew to ditch their corporate job. Has she made a huge mistake? Will her crew will wind up paying for it? #scifi #bookworm #bynr #readinglist #reading #scifibooks #readersofinstagram
A pair of strangers approaches you, intent on striking a casual conversation. Their probing questions suggest...you better get the new Wayfarer's Deck: Courtly Whispers! It is available to purchase on DriveThruRPG.com and download today! #dnd #ttrpg #worldbuilding
The next Wayfarer's deck is available on DriveThruRPG.com today! Purchase the digital set to download Courtly Whispers to your #ttrpg or #writing toolkit.
Copper, commonly considered the metal of love (as it's sacred to Venus), is also the symbol of forgery and deceit - mostly because alchemists were using its alloys to craft fake gold. It was said that forgers had 'a copper forehead,' and this suspicion spread onto all redheads...
The path winds between stalactites until suddenly stopping in a sharp decline into a deep crevice. You catch one of the rock outcroppings in the last second, but a long climb awaits you. #ttrpg #encounter #WayFarersDeck #illustration
%d bloggers like this: