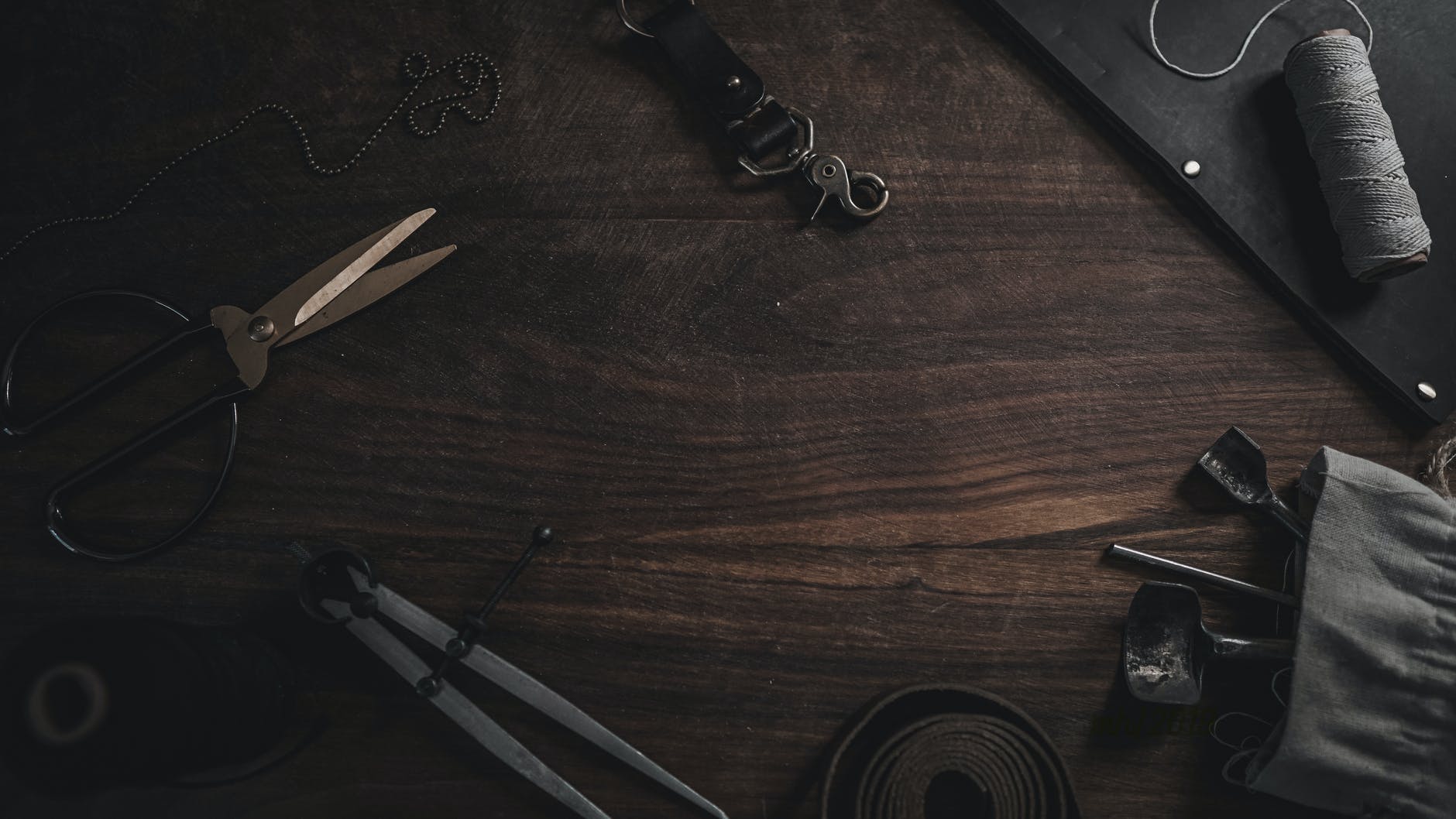 Our upcoming tabletop ruleset is still in development, but getting closer each day. Check out Aphelion Toolkit’s scenario-generating goodness!

If this is the first time you’re hearing about this project, Aphelion Toolkit is a robust tabletop RPG ruleset creating a smooth gaming experience adjustable to your table’s needs. Use simple mechanics and algorithms allowing for endless complexity and make your own game in no time. It facilitates your game and desired setting while minimizing the preparations needed before the game – or even eliminating the role of a game master entirely.

At least that’s the plan! Read more about the project here.

We’ve been running a couple of playtests for a while now (including the solo playtest you can follow on our blog).

The solo playtest is just me, playing around with research and crafting rules, having fun as a herbalist, an alchemist, and a witch.

Group One is playing a game of investigation and mystery: think Scooby-Doo/X-Files, only we’re YouTubers trying to catch cryptids and aliens on camera. Completely modern, with a tiny bit of magic thrown into it, we’re sneaking around, talking to people, and meddling with business of UFOs, federal agencies, and bankrupting tourism boards.

Group Two, using the same core toolkit, is embarking on an adventure in the world of The Elder Scrolls. Our merchant caravan contains: an Imperial merchant noble, a Khajiit taxidermist/surgeon (think Pratchett’s Igor), a High Elf mage-enchanter with Sherlock Holmes’s skills in deduction and fisticuffs, and a Wood Elf stealth archer working as the caravan guide. We’re just about to set up camp at Helgen as the prisoner transport arrives.

Yes, all playtests are run on the exact same set of rules – Aphelion Toolkit allows you to play any game, in any setting.

To start off, we have focused on basics of character creation, and specifically, on the creation of action cards and gear. The first are the tools of declaration: a handy method of making your character’s decisions, with all the rules attached. No need to dig through the book to find a specific rule! The second provides the character with variables: permanent modifiers, making achieving goals easier.

I will be talking about both in detail once I find the time to write another episode of my solo playtest.

For now, here’s the character sheet of Bluejay, my ghost-busting street athlete (and maybe a tiny bit of a magician). You can see her main attributes and expertises (the starred ones), all of the gear, two action cards (Scurry and Find Blind Spot) which are her special abilities granted by the background (kinship).

All of the static modifiers provided by the gear are arranged in the hex at the bottom, easy to access and apply during the game, without having to check the gear data all the time. This hex also clearly shows what kind of scenarios will be easiest for Bluejay: she’s a stealthy birb, specializing in Deceit and Investigation (I have a type). Throw her into a combat or exploration/survival situation and watch her… be at a severe disadvantage.

This is, I believe, one of the coolest parts of this system. You might have seen me talking about this on Twitter:

Imagine collaborative creation of the scenario, without GM dropping you plot hooks and trying to get you involved in the story.

Imagine using tools to create your own adventure, one that interests your party from the get-go.

Last night, Group One has started the game by realizing we’re running out of cash and content for our YouTube channel. We had some good cred already, after saving a little boy from an alien abduction the last time we played, and we felt the pressure to do something that feels good, gets likes, and is generally positive for the world at large.

So we scoured the Internet for rumors in-game and generated a Scenario for ourselves through a series of rolls. We took turns rolling and spinning the story with the general party consensus.

Roll 1: Scenario Focus. We landed on Deceit, so a sneaky-shady scenario, most likely a heist. We have decided that there was a cryptid sighting in a small town, and the local rangers are rumored to have captured something exciting.

Roll 2: Scenario Type within the Focus. The dice gave us an infiltration, with the main objective of reach the finale entirely concealed, and completing its challenge without dropping concealment. This is what we call Plan A.

Roll 3: Target. We landed on a Scenario Object, which means that the Scenario will be successful if we manage to acquire a specific thing in the finale. We’ve decided it will be photos, video footage, and a piece of fur of the captured cryptid.

Roll 4: The Orchestrator. This part is optional, and you can skip it, but we wanted to know who gave us this rumor and who’s effectively the quest giver. We landed on ‘Qui Bono?’, so the orchestrator is someone who has most to gain from our success. We’ve decided it’s the local tourism board of this little town wanting to use our YT channel to attract more tourists.

Roll 5: Motivation. Also optional, but we’re rolled and learned that the tourism board have reached out to us from pure kindness and whim. ‘Just an idea,’ no deep plot behind it.

Roll 6: Complication. We didn’t roll any, as it’s a simple scenario, but we could have included twists and turns if we wanted.

Roll 7: Payout. First, we rolled for the size of the reward: 1, then for its type: Resources (10 x Payout). So, if we succeed, we’ll be getting 10 Resources from the tourism board – we’ve chosen to cash that in as intel about other weird stuff happening in the area, local legends, and IOUs. Every character will also receive Potential (character development metacurrency) equal to the Scenario Rating.

Now, just to calculate the mechanics of the Scenario, with the threat, scenario rating, and opposition strength (dependent on the payout and our party strength; the bigger the reward, the harder will it be!). We wanted something easy, so ended up with a Scenario Rating 1, a relatively easy thing for 4 starting characters.

And this table has literally all stats we need to run the scenario and generate opposition on the fly.

With the scenario generated, our party decided to go to this small town and investigate: gather rumors (Social Focus), stake out the rangers’ station (Deceit Focus), go into the deep web and search for secret data on the case (Research Focus). Each of the characters approached the task of legwork from a different angle! The Focus system gives you prompts for roleplay and lets you play to the character’s strengths. There is no wrong approach – every one can be successful or a total miss, depending on your rolls and character’s skills.

The Scenario fights back as you dig for truth in legwork, and the process requires some tactics. If you mess up, the scenario will start immediately, cutting the legwork short and dropping you straight into action!

I’ll be discussing legwork in detail later. For now, enjoy this ultra-WIP minigame of gathering intel on the case by three characters*, scoring high bonuses that we’ll be able to use in the Scenario later! (Think Blades in the Dark flashbacks, only we actually did all that setup before the heist and can use it later.)

*Cid, our investigator featured in the corner, couldn’t make it last night, so didn’t participate in the legwork, but will join us in the scenario next week.

Thanks for reading! We’re extremely happy with how this project is shaping up. Scenario Generation rules created a story for us in about 10-15 minutes, and I’ve never seen the players so engaged in coming up with what their character would like to do. It was a really empowering exercise in player agency, which is a core value in this studio. You can read more about it here:

I’m going to tell you something I’ve never told anybody because I tried to be nice, even though it was the wrong choice. Should have gone for helpful instead. Lately, I’ve watched a plethora of YouTube videos with tips and tricks for Game / Dungeon Masters that will engage the party and give the players…