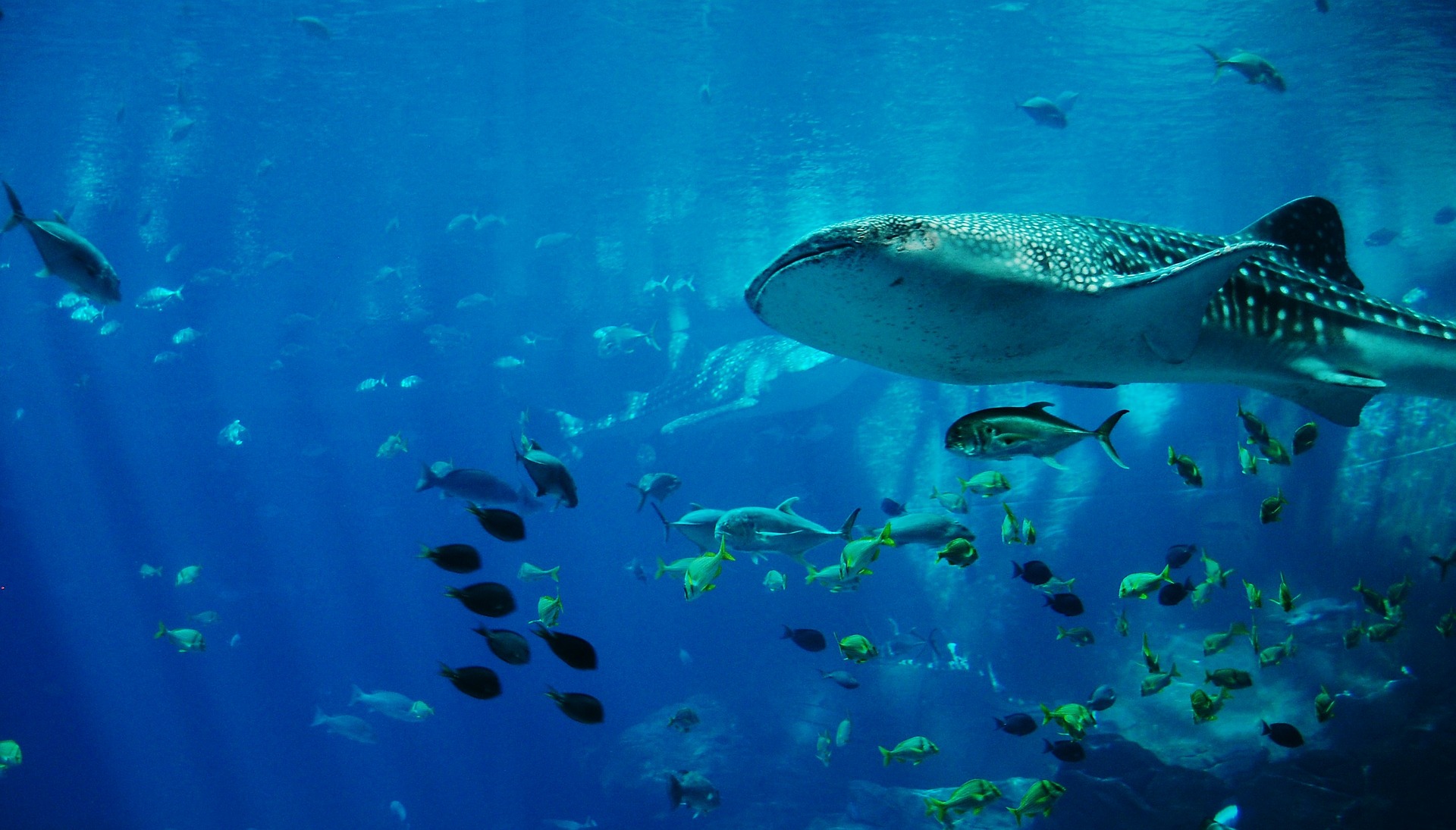 Go an an adventure beneath the waves and try these 10+ underwater encounters for your D&D and other TTRPG game!

Everything seemed so close when you took a deep breath and plunged into the water.

Now, your vision has shifted, and the sounds are overwhelming, coming at you from each direction. Numerous, colorful fish are swimming as you as you investigate the strange stone embedded in the sandy seabed.

Are those carvings among the barnacles?

The rays of sunset filter through the waters, highlighting a beautiful natural arch. You’re tempted to swim under the illuminated rocks—after all, it seems so close, and not that deep under the surface.

What’s the worst that could happen?

Unable to shake the feeling of being watched, you turn around, raising a swarm of oxygen bubbles and sand in the placid waters. Seeing nothing there, you return to your task, only to see a “hello” hastily scribbled in the sand that wasn’t here a moment ago.

A fish-tailed old man invites you to his abode under the sea for a drink or two. After a few bottles of whiskey scavenged from shipwrecks, he decides to show you his collection of jars, claiming they contain souls of drowned sailors and divers.

Moving silhouettes at the edge of your vision appear to not be ordinary sea fauna. The almost-humanoid shapes with long fish-like tails swim gracefully in the dark depths, apparently unaware of your presence above them.

The waters around you reverberate with a deep, resounding sigh carried by the currents The sound’s intensity is astonishing, leaving you disoriented in the dark, cold waters.

One of the shining ephemeral objects slowly nears your face, bobbing slightly in the currents.

A plume of what seems like black smoke turns out to be a thermal vent, illuminating the seafloor with a reddish glow. Myriads of crabs and small fish swarm around a rock resembling a crude anvil. The formation looks natural, though a pair of pliers made of bone belies this assumption.

The seafloor sand dances in the water currents, unsteadily traversing the rocks smoothed out by time and erosion. A sudden gust of water from your movements causes the sand to be swept aside, revealing a metal hatch adorned with unrecognizable symbols.

A colony of peculiar, pale mollusks nest around an ancient altar, sunken into the depths in times immemorial. Their shells are covered in mysterious crimson runes, appearing to hide the arcane secrets once chanted by the ancient priests.

A sunken ruin sprawls as far as the eye can see, even though the charts show only unexplored depths here. The building’s geometry and layout belie the senses and mind, as the black, blasphemous palaces burn their visage into your soul.

Wayfarer’s Deck: Underwater Kingdoms takes you for dangerous, mysterious, and surprising adventures beneath the waves. From curious octopuses to hunting merfolk, to strange sounds, and murky depths, the adventurers will have more than enough opportunities to prove their courage, preparedness, and willpower. The depths are as wondrous as they are unforgiving.

Grab the whole deck on DriveThruRPG or Itch.

Going on a trip somewhere else? Check the whole collection of encounters in Wayfarer’s Decks.

How about some extra lore for the seas & oceans, to make the experience more immersive for the players?

What’s growing beneath the waves? Plant-wise, not that much. But algae can still be green and fascinating, and there is no reason not to allow the players to enjoy the incredible biodiversity of oceans. From microscopic phytoplantkon to giant kelp and glowing orbs, there is greenery to be found and adventures to be shared.

Get your copy on DriveThruRPG!

← Herbalist’s Primer is out!
Holly: magic, medicine, and folklore →