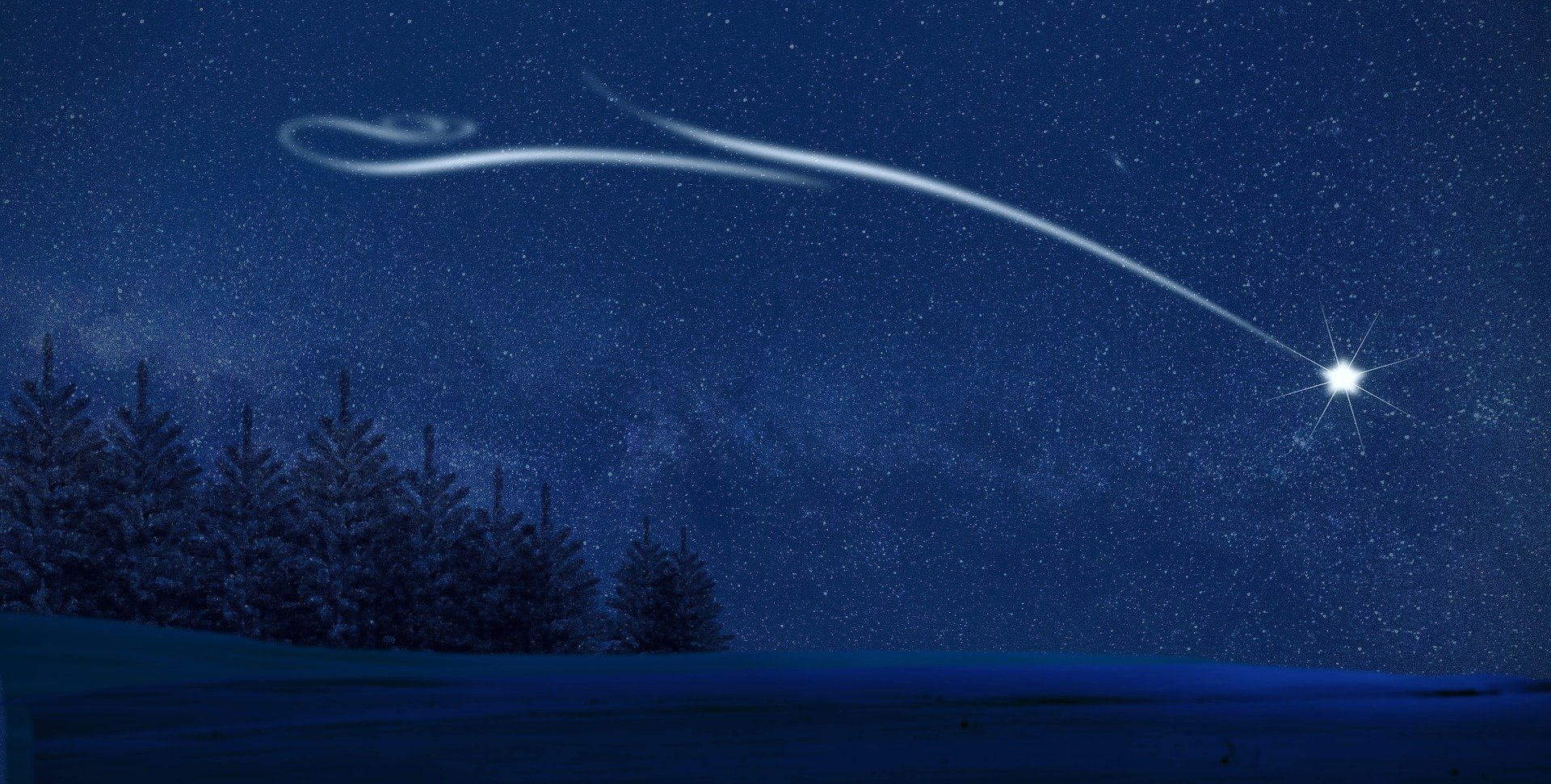 I have been given a carte blanche by our lovely dungeon master to do whatever the hell I want with my D&D character, so I made her an absolute menace.

It started like most of those things do: an online campaign fell through, and a good soul in the flesh of a fellow game designer Kevin Rahman has reached out to us, offering to run a game, This is a big thing, because Jakub and I almost never get to play together,

‘Play whatever you want,’ said Kevin. ‘We’ll make it work.’ So we made an absolutely ridiculous team.

If there’s anything you should know about me, it’s that I play spellcasters. Preferably witches. Preferably tricksters, healers, shape-shifting heralds of the storm, and of entropy.

And that’s why I’m playing an astral elf cleric of twilight who has spent the last 900 years in the Feywild.

This lovely domain of dusk and dawn has been introduced in Tasha’s Cauldron of Everything (rules here). and ever since, it has been discussed as the most overpowered domain ever. Is it? I honestly have no idea, I haven’t played it yet – we’re playing the first game tomorrow, and it’s not going to be a combat-heavy campaign. On paper, it’s powerful, mostly through the non-concentration generation of temporary hit points, but I think it won’t come up much in our game; we’re mostly going to be doing heists and getting ourselves into trouble.

But I am a spellcaster for one reason only: spells. Let’s see the domain spell list for the twilight cleric, shall we?

There is a clear pattern here: stealth, control, light and darkness, trickery, healing. Exactly the type of a thing I’m into. The problem, however, is with the general cleric spell list, which honestly sucks. I hate it with a vengeance and it always made me not want to play a cleric.

Here’s the problem I have: most of cleric spells are mind control and damage spells, and I despise both.

Putting More Sparkle in the Twilight

Meet Tonight. An astral elf, who herself is a homage to an ally spirit from my solo Shadowrun campaign. She comes with a Feylost background and is the kind of a person who never steps on cracks in cobblestones and who never gives away her name (it was stolen many years ago in the Feywild anyway). In moonlight, her pale skin turns to night blue, speckled with golden stars. She’s a curious, happy-go-lucky individual, keen to indulge any vices and play Fey Godmother to our genie warlock, who is a young and bright cinnamon roll.

There’s nothing in Tonight that makes her cast damage-dealing spells, and I personally find spells like ‘charm person’ or ‘blindness/deafness’ distasteful. I like being useful in combat (I go to bed with books on small unit tactics), but I prefer mobility, buffs, and crowd control to simple ‘deal 1d10 damage’.

Let’s look at the spell list, then, shall we? Tonight is currently on level 3, so we’re only going to cover spells up to level 2.

As an astral eft, Tonight gets Sacred Flame, which means we come pre-equipped with a damage-dealing spell that doesn’t require an attack roll, so if perfectly good to use when enemies are in melee. Which is great, because our party has a pistol-wielding rogue, genie warlock, and a bard from the college of eloquence. Tonight is the front line, with 18 AC and a rapier.

The rest of cleric’s cantrips have no value for me – with an exception of Guidance, which is amazing if you use it constantly, only using it constantly makes me feel like a hack, so I never use it, which makes it a garbage choice.

So this is where the homebrewing starts.

Firstly, I wanted to bolster our front-line capabilities, by giving Tonight a better melee option. I took Shillelagh and reskinned it to fit the Fey / Light theme.

Lightblade
transmutation cantrip
Casting Time: 1 bonus action
Range: Touch
Target: The blade in your hand
Components: V S M (a simple or martial bladed weapon)
Duration: 1 minute
Description: The blade in your hand is imbued with divine light. For the duration, you can use your spellcasting ability instead of Strength for the attack and damage rolls of melee attacks using that weapon, and the weapon’s damage die becomes a d8. The weapon also becomes magical, if it isn’t already. The spell ends if you cast it again or if you let go of the weapon.

Now that I equipped my cleric with a lightsaber, it was high time to give her some crowd control and environmental manipulation. For this, I grabbed a really cool DM’s Guild supplement, Grimlore’s Grimoire. As the cantrips are actually included in the preview, I’m allowing myself to drop them here, but please go and check out the supplement, it’s really good.

Dazzle
illusion cantrip
Casting Time: 1 action
Range: 60 feet
Target: one creature you can see within range
Components: V S
Duration: 1 round
Description: You create a flash of blinding light directly in front of a creature you can see within range. The target is subjected to a Charisma saving throw. On a failure, it has disadvantage on its next attack, or grants advantage on the next attack made against it, whichever comes first. The target must be able to see to suffer these effects.

A flash of light making it harder for the opponent to attack Tonight’s allies or giving the rogue an opportunity for a sneak attack? You betcha. Targeting Charisma makes it great for many beasts.

Gloom
evocation cantrip
Casting Time: 1 action
Range: Touch (15-foot sphere)
Target: one object
Components: V S
Duration: Up to 10 minutes
Description: You touch one object that is 5 feet or smaller in each direction. Until the spell ends, the object absorbs natural light in a 15-foot radius sphere. Within that sphere, Bright Light becomes Dim Light and Dim Light becomes Darkness. The spell ends if you cast it again or dismiss it as an action.

A portable pebble of darkness. Great for many reasons:

Now we’re talking. First, I got rid of all necromancy, as it didn’t fit the theme in the slightest. Then. I got rid of all invasive mind control stuff. Then, I let myself have fun. The DM said I’m free to add any spells, but as I wanted to avoid bloat, I replaced them 1:1 from the original cleric list, to not end up with 30 spells on a lvl 1 spell list. Here’s what I did end up with:

And now for the non-vanilla stuff. The first is stolen from the internet, the other four are my homebrew.

Benign Transposition (based on this)

Two target creatures, of which you can be one, instantly swap positions. Both subjects must be within range. Objects carried by the creatures (up to the creatures maximum loads) go with them, but other creatures do not, even if they are carried. The movement is instantaneous and does not provoke attacks of opportunity. A creature can make a Charisma save against your spell save DC if it wishes to resist the spell; if any of the targets succeeds, the spell fails.

Description: This spell tailors clothing, transforming garments into any fashion the caster wishes. The spell cannot change clothing’s protective value, only its cut, color, pattern, and fit. The weight of the clothing does not change, and it must cover approximately the same amount of area (for example, a jumpsuit can’t be converted into a bikini, but an appropriate amount of plain fabric might be turned into clothes). The caster must touch the clothing. The spell doesn’t work on magical clothing, and the transmuted clothes are mundane.

At Higher Levels: Fey Godmother can transform the clothing of an additional person for every spell level above 1st.

Description: You conjure a single gold coin out of thin air. It takes the form of any currency you deem appropriate, provided you’ve seen it. The coin turns to coal at the next dawn. Anyone examining the coin must roll an Investigation check against your spell DC.

At Higher Levels: When you cast this spell using a higher spell slot, you can create an additional coin per spell slot over 1st.

Makeover (taken near-straight from Shadowrun, I have a thing)

Description: Makeover allows the spellcaster to grant a makeover to a voluntary subject. It mystically alters make-up, hair color and style, and nails. The effects of the makeover are as permanent as those made physically in a beauty salon and leave no magical aura behind.

Description: A creature of your choice that you can see within range falls pensive as their mind clouds with beautiful visions of tomorrow if this spell affects them. The target must succeed on a Wisdom saving throw or their mind wanders off, making them incapacitated and oblivious to their surroundings (effectively Blinded). A creature with an Intelligence score of 4 or less isn’t affected.

At the end of each of its turns, and each time it takes damage, the target can make another Wisdom saving throw. The target has advantage on the saving throw if it’s triggered by damage. On a success, the spell ends.

And slightly less vanilla, with a bit of pistachios

A lot of changes on Lvl 2, but not much actual homebrewing. I was hoping to find something to replace Hold Person with, but nothing save Invisibility fits the vibe – and Invisibility would make our rogue’s special talents near-obsolete, so I’m not going there.

Will Tonight survive to discover the beauty of level 3 spells? Maybe. By that time, I’ll probably have a bunch of spells homebrewed, as we are primed to have a campaign of Shadowrun in this D&D. We’re breaking into a high-end art auction to steal one of the items offered for sale. Right in the middle of a magic university in the biggest city on the continent. We have a plan and a lead box.

Will the dice be with us?

UPDATE: The second post, covering the custom spell list and spells of 3rd and 4th level is right here:

My twilight cleric Tonight has gathered a bit more experience in our campaign, and the time has come to add 3rd- and 4th-level spells!

One Comment on “Twilight Domain Cleric for 5e: Build and Custom Spells”