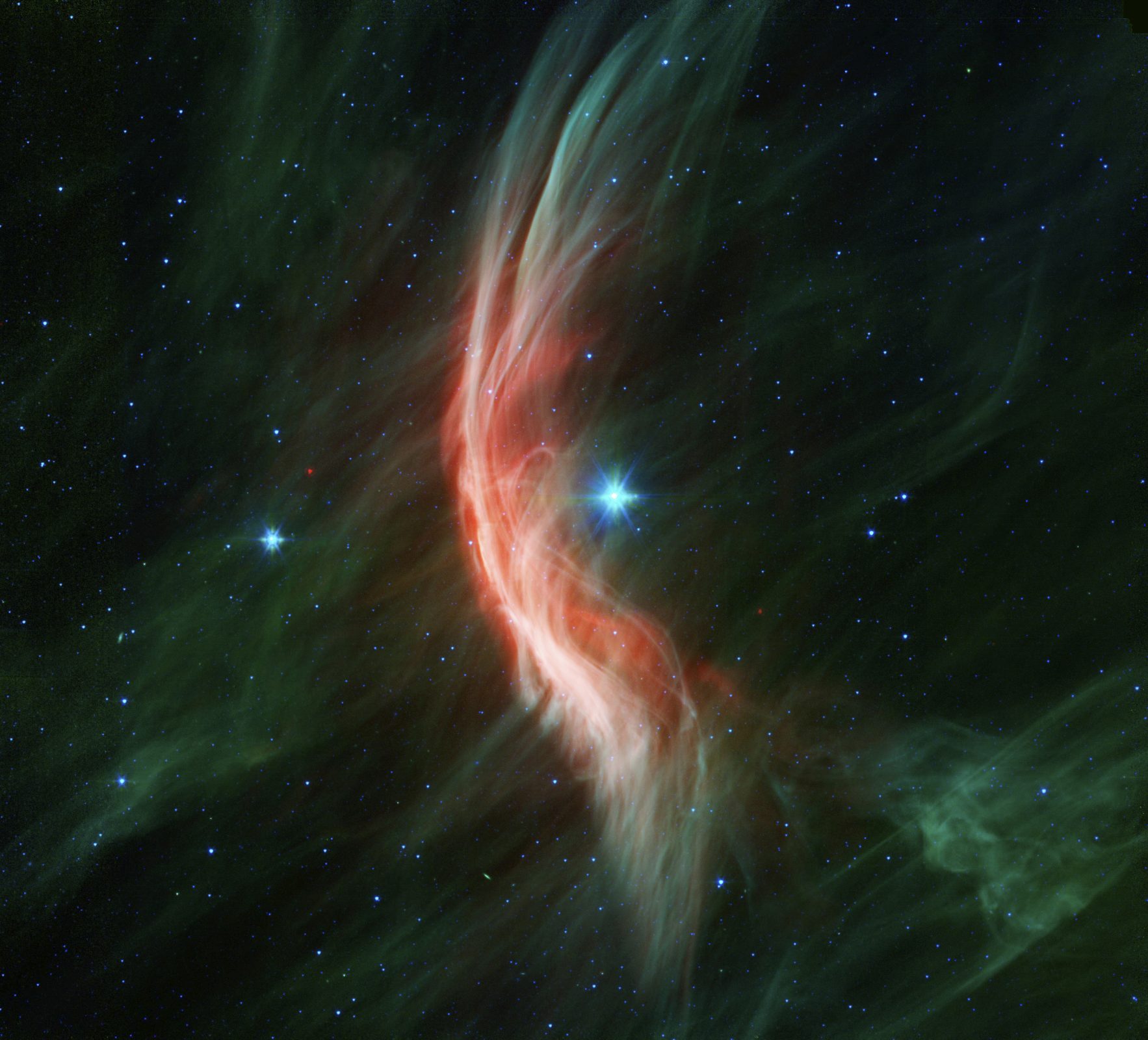 Before we can introduce people into the world, it must first be created. I want the setting to have internally consistent frames and follow a believable set of rules without plot holes, logical errors, or lapses. It is not enough to say “hurr-durr there’s dragons in it, so who cares about logic.” Limitations and borders breed creativity, as obstacles along the way determine the ways to overcome them. Without following logical rules, the world is just chaos that one cannot relate to or logically analyze.

With that in mind, the first thing that needs to be done to create the world is creating the world – we will let the environment determine the solutions and shape how its denizens interact and prosper.

As a rule, I will be basing everything in Aurorae as close to real-life laws of nature as possible. I will be also introducing as few magical elements as possible to make the world exist.

The one major magical element in the setting will be the central “star” itself – a comet made up of a material that has impossible properties. That in itself should provide a stable base for the magic and allow everything else to happen. I want to keep the “foundation” of the fantasy elements simple, so that everything else that is built upon it later can follow logic consistently and merge seamlessly into the world. I could add multiple fantastic elements at the start. Still, I think it’s important to keep things simple so that a hard-magic setting is understandable and seamless without jumping through logical hoops (and sharks).

Let’s start by designing the magical element that diverges from known physics. The comet is a central element to Aurorae, as the entire world of stories is set in its tail – the titular aurorae. As a story element, it stands out from other, more “mundane” materials and beats, so it makes sense to make its central nature a basis for the magic. It may sound simplistic and trite to place all the uncanniness in one bag, so to speak, but as the universe develops, it will help us to have the solid “spine” in place to weave the tale around.

The comet is a solid foundation because of the central location it holds in cosmology and its meta and memetic context. I didn’t pick it willy-nilly, after all. Back in the olden times when my socks were brand new and busy catching mice in the basement, comets were known as bad omens. The word “disaster” comes from the Middle French name for a comet – “Bad Star.” That name itself has even older connotations, dating back to ancient Greece and beyond. The comet was universally regarded throughout history as an omen of changes, often, well – disastrous. Let’s make our star bad then, shall we?

Our comet serves a threefold purpose. It provides the foundation for the setting, as already mentioned, but it also needs to tie together the universe. I’ll need the comet to facilitate and enable a hard magic system, as well as make life itself possible in the world of Aurorae.

The comet will be made of an unusual material, probably impossible in real life (but who knows!).

The Reason to Live

I want the material, let’s call it aurorium, to provide conditions for life. It will have to be very volatile, reactive with itself and other materials. It exists in the core of the comet in a pure state, where it reacts violently, trying to fuse itself with other particles. Because of that, the comet’s milky surface is lit from the inside with the glow of ongoing fusion.

The surface itself is cold and volatile, constantly shifting, cracking, and erupting in plasmic volcanoes. The material ejected forms the basis for the comet’s tail, milky-white icy mists mixed with other material caught by the tail.

And this, as they say, is where the fun begins. The aurorium molecules and crystals are still trying to fuse with other molecules, releasing energy in the form of light, as well as magnetic force and heat. When they mix with other aurorium elements, they merge in a weak bind without much of a hassle – creating icy clouds, weak magnetic pull, and a faint ghastly glow.

When the aurorium molecules draw other substances into the mix, the reaction becomes volatile. When any other molecule comes in contact with it, aurorium instantly fuses to it, creating an alloy that changes how aurorium reacts. It’s a good idea, I think, to represent it through different glow hues visually – it’s still going to be a pale, ghastly light, of course. Once charged, a piece of aurorium charges all other molecules in contact with it.

Aurorium fused with another material, let’s call it “charged aurorium”, is forming long, relatively narrow strands, as it creates more and more of a similar charge in a chain reaction. The process is still relatively peaceful, releasing low heat, faint glow, and a weak magnetic attraction. Charged aurorium slightly repels other molecules with the same charge, while drawing in those with no charge or with a different one, just like a magnet does. Who knows how those work, anyway?

The calm won’t last for long – eventually, two or more differently charged chains will meet inside the mist. When that happens, the aurorium particles are attempting fuse while oxygenating and shedding the elements with which they were bonded. The process that occurs is scientifically called a “huge ass explosion.”

As the strands explode, they release massive amounts of heat, light, and magnetic force, creating vast electric maelstroms that eventually consume the entire misty cloud in a turbulent concerto of destruction lasting for hundreds of thousands of years before it expires.

The mists become a hellish landscape, a boiling kettle in which elements melt under a constant barrage of nuclear fire, powerful magnetic fields, and electricity. This is the primordial soup in which we’ll cook organic life in the next blog post.

2 Comments on “Worldbuilding: Creating the world of Blazing Aurorae (part 1)”