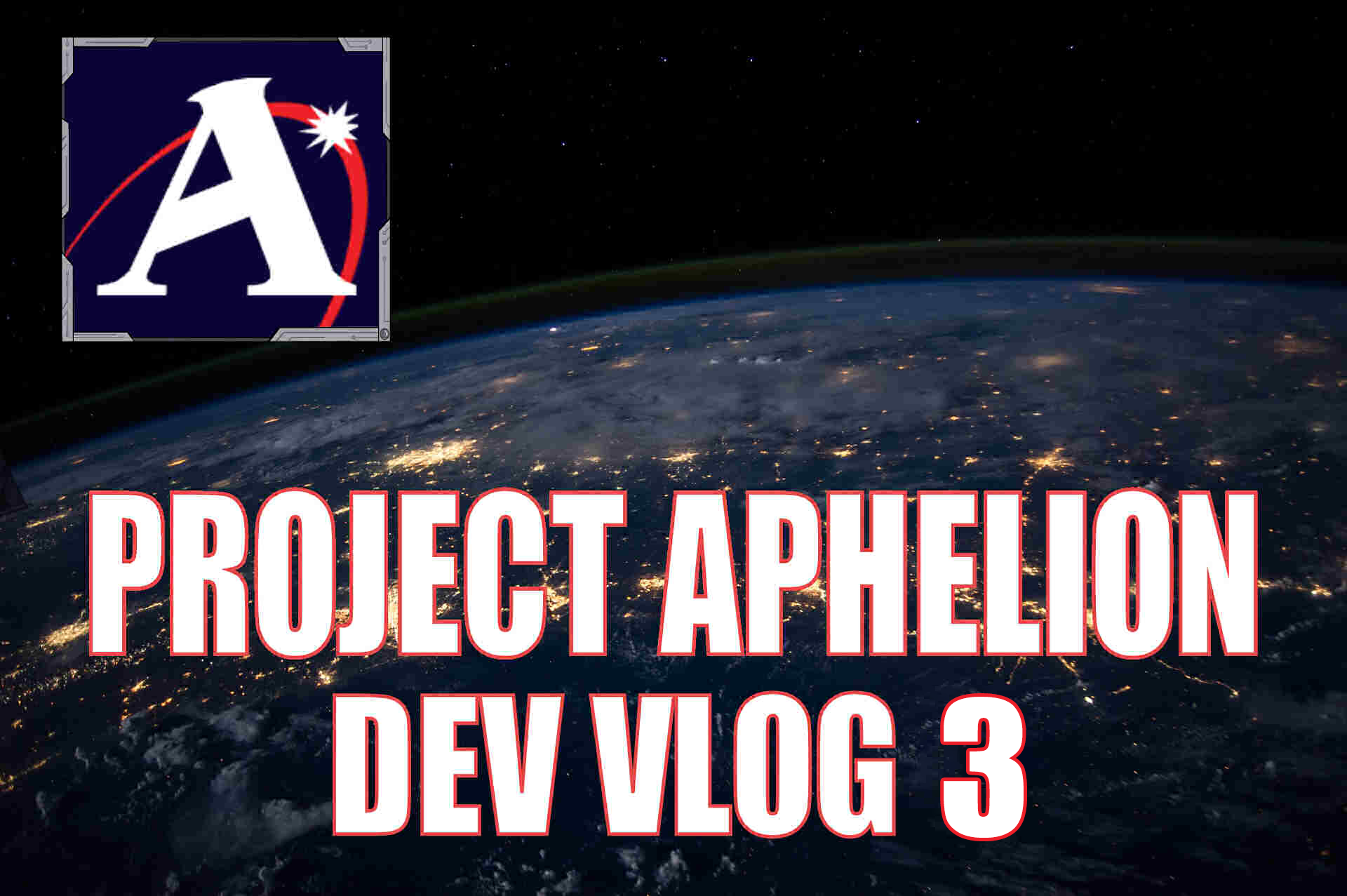 Hello!
So far, we’ve talked about the general idea behind PA, and the technologies that made everyday life in the Solar System so vastly different than it is today. I decided to make those vlogs with a bi-weekly theme, swapping lore related topics with closer looks on the gameplay and rules each time. So, our today’s video will cover the gameplay of Project Aphelion, to give you an idea of how will the game function.

Gameplay in Project Aphelion happens on multiple platforms, both during the session and between them. I’m designing it to be a perfect game for a long, immersive campaign using more than one format of play, but also to fit nicely for a play-by-post, convention setting, or even as a board game without any classic TTRPG elements and character-based play. I think the best way to describe PA is a roleplaying game mixed with a 4X strategy game and games like Europa Universalis or Risk. How is that going to work? Well, this is where the fun begins.

The game will “run” on three interconnected playing fields, with a varying degree of focus and importance depending on how you want to play the game.

On the first layer, we have the TTRPG bread and butter player characters. The game plays out from their perspective; they have attributes, skills, good and bad qualities to them, stories, past, friends, foes, competitors and goals – all developed with mechanics built to provide a low entry-high ceiling crunch level. Rules in PA are created to be easy to learn, and focus on every aspect of play equally, instead of being built around combat with other parts of the game glued in. Whether the players want their characters to be hackers, pilots, soldiers, diplomats, or anything else, the rules got their backs.

Character creation is going to be immersive, natural, and give new players some idea about the world as well as anchors their character’s goals and motivations. The system will provide fluff and meat for new characters, sending them off to a nice start in life – right now I’m thinking of building it around a short tree of questions with multiple branches – but nothing is set in stone here.

Progression during is built around a non-linear system designed to eliminate the XP treadmill – characters get better at what they do by using abilities they have, and reach their natural limits dictated by how they play the game. At the same time, getting things done – whether realizing own goals or doing odd jobs for hire – characters (and their entire faction) earn reputation. Rep provides them passive advantages over time and influences every encounter with other people in the sector, providing the players and the GM with easily scalable encounters. Reputation may eventually allow them in good graces of the groups they help and unlock new gear, ships, and roleplay options. Of course, aiding some groups means stepping on other people’s toes – but we’ll get back to that.

The second layer is all about the ships and their crews. The characters are likely going to treat their spaceship as more than just transportation – it’s going to be their home. Every ship in the game is built around a set of modules, which can be customized, modified, or changed for different modules whenever players get access to a drydock equipped in proper machinery. Each spacecraft can be tailored to players’ specific needs. At the start of the game, the crew receives a ship for free; there is no need to pay for it from character creation resources – which would be unfair since not every crew member will have access to the same amount of cred from the get-go. The crew will decide which ship they want, and start with it – but there is a hook. A plot hook, even. To get their hands on a shiny new-ish slightly used and freshly renovated spaceship, the crew must accept a debt equal to the vessel’s value – to whom the debt is owed, and what the players must do to pay it back is up to the party and the GM.

Eventually, the players can lay their hands on multiple ships (or the ship they fly may need more people to operate than just the players) and need to hire support crews. Those crews made of mercenary NPCs that are an essential part of the campaign once the game calls for them – the player crew will likely interact with them a lot and can use their services to get additional reputation and cred for their faction, or even gain access to new gear with some special missions. The support crews can be sent on expeditions, that comes with their own background mechanic helping the GM quickly decide whether or not they were successful. Each support crew has access to different types of expeditions depending on the roster and their ship – managing them is a big part of the fleet play.

Finally, we have the faction layer. This part of the game is all about reputation, cred, and influence. The game on this level is all about strategy – the players make diplomatic and economic moves, spending resources gained on character and fleet levels, and making large-scale progress over time. Player faction improves relations and standing with the organizations they help, while of course aiding them will cause that faction’s foes to dislike the players. To remain a freelance joint, the player faction needs to carefully balance whom they work for and when, or else they might fall into one of the faction alliances competing in the Solar System – willingly or not.

Building their faction’s net worth and prestige allows the players to undertake more rewarding (but also riskier) endeavors, when their growing reputation attracts wealthier investors and clients. Rewards and missions available for the crew will differ depending on whether they decided to ally with of the other big fish or remain a freelancer. Some ships, weapons, equipment, technologies or even spaceports and colonies will be unavailable for crews that garnered the owners’ hostility, so tread carefully!

Those three layers of play come together to build a unique Project Aphelion campaign, designed to provide an immersive strategy-roleplaying campaign allowing the players to simulate the life of a spaceship crew. I do, however, that every group of players have their own proffered ways to play RPG’s, so I’m writing the rules and layers of the game with maximum compatibility and customizability in mind. Whether you want to run a long, immersive campaign with multiple GMs, and many crews vying for success, run a simulation game focused on trade and small business, or go with an arcade-style space mercenary action game, Project Aphelion has you covered.
All of the rules have been designed to work in standalone modules, so the party can pick and choose which parts of the mechanics they want to use in their campaign, to tailor the game to their needs, and each layer of the game comes with a “simulation” and “arcade” modes, allowing the players to play the game they want.

Okay, that’s it for this vlog, feel free to drop any questions below, and I will see you guys again next week. Until then, I’ve been Jakub Wisz. Bye!