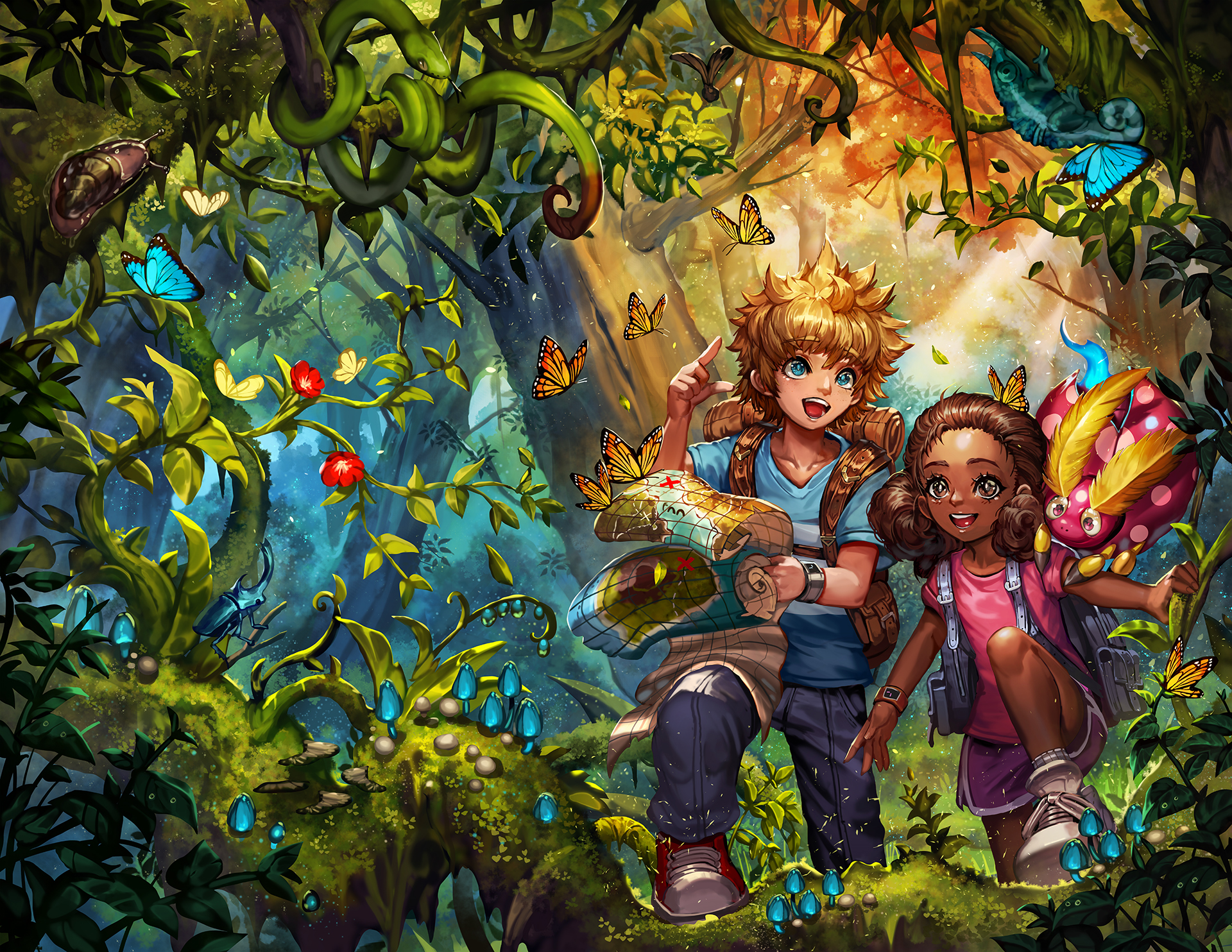 I love it when the project is done and the NDA no longer applies, as far as showing off is concerned. Since March, I was quietly working on Starport RPG: a tabletop roleplaying game for kids, annoying my friends with incessant oh, I’m working on such a cool thing now – can’t tell you, though, NDA. Well, no longer. The project is live and I’m delighted at how it turned up.

The details about my co-operation with Starport‘s author, Kevin Ferrone from Wider Path Gaming, are already a part of my portfolio, but I really feel like this project deserves more from me than just that.

First of all, I thoroughly enjoyed it. Being something of a mom lately (who would have guessed it?), my partner and I have just started to show RPGs to the kids – which is, as anybody might have guessed, a joy. Our first session included a horse-riding princess shooting arrows and magical spells (a five-year-old girl), a bomb-throwing, zombie-sniffing dog (a four-year-old boy), and their sorely underpaid elven guide who started to rethink her career choices about ten minutes into an adventure (yours truly). There were also some candy-people and a knight errant (who, I think, ended up in a happy relationship with one of the zombies… Things got a bit weird after the dog started throwing grenades). We played a totally improvised game based on 2d6 rolls, and I think the kids are ready for something more structured.

Starport is actually a pretty cool choice. The game is set up in an open world. The book includes the rules (super easy, barely an inconvenience, all decided by a d20 roll and use of some tokens) and the setting: the world of Starport, with numerous locations, NPCs, adventure hooks, puzzles, and an amazing map that I just adore.

The game is highly educational without being boring. It teaches teamwork, basic math, problem solving, creativity – and is non-violent. Like, really: you won’t go stabbing all the living creatures with the pointy end. I wonder if my Shadowrun crew would mind playing Starport and not being the murderhobos for a while, because our kids are rather… combat-oriented. (We literally spent half the afternoon yesterday practicing sword and spear fighting and pretending that the thrown ball is a grenade). However, I think this non-violent approach is quite interesting and helps build skills more practical in day-to-day life; like making friends and stuff. Guess if I had Starport instead of D&D and Warhammer when I was a kid, my social skills would be better than my martial arts skills. Alas…