You’re sitting in a tavern; or, Food in the Middle Ages (part 1) 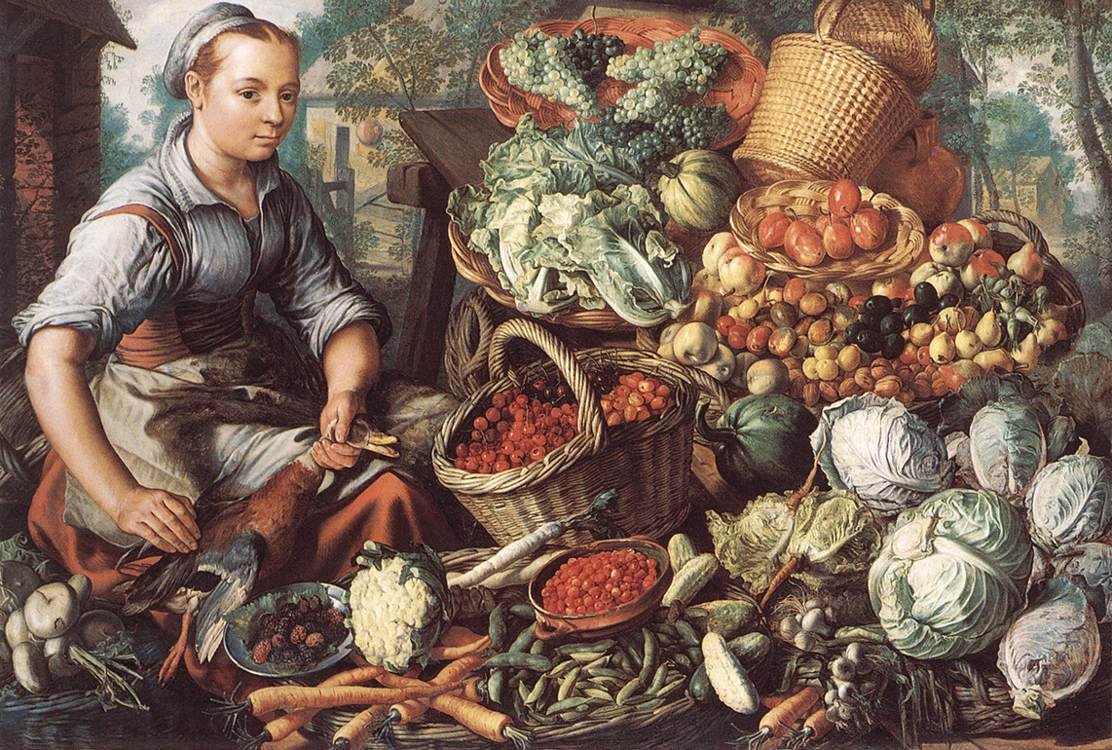 Tired of feeding your party the same staple food everytime they go out to eat in a civilized place? We’ve got your back: follow us for some tasty medieval recipes, and historically accurate food lore.

You’ve gathered your party in the most welcoming of places: an inn or a tavern. They’re probably staying the night, just after they eat some supper, and drink some ale.  Food’s quite good, they’ve got eggs and bacon, some pork, some mushroom… Damn, what else?

Well, there’s so many options. And most of them came from a book called Food in Medieval Times by Melitta Weiss Adamson which I whole-heartedly recommend to anyone who’s interested in the subject. Apart from the obvious: a description of the foodstuffs eaten back then, the book’s also full of information on medicinal use of them (medicinal in a medieval sense, as in: garlic as a preventive against the plague). I’m not going to elaborate on that – please pick up the book if you find the topic interesting; it’s a nice read. Instead, I’m going to focus on the food widely available for standard humans, with an occasional note on the richer households. Medieval feasts are omitted, and will be discussed in the future.

As it’s a rather lengthy topic, we decided to split it into a few parts: in this one, we will be discussing standard foodstuffs of the Middle Ages, starting with grains, legumes and vegetables. In the upcoming weeks, we’ll continue with herbs, spices, dairy, meats and sweets etc., and discuss the dietary needs and cooking styles. There’s an amazing number of things you can prepare using just a camp-site and some copper-cheap cooking utensils.

If you’re here just for the recipes, there’s a list of online sources at the end of the article, but we will be providing you with much more in each part of this series, and finalising with some proper, climate-adjusted menus. Stay tuned!

Obviously, not everything about the Medieval cuisine is going to be applicable in a fantasy setting. Historically accurate “back then” would deprive us of the potato, tomato, corn, cacao or the turkey, and we shouldn’t even consider things like chocolate, avocado or chilli. Of course, in your RPG, you’re more than welcome to mix and match, add or remove any produce as you see fit. Creating your recipes you’d do well to remember that before the invention of the freezer, refigerator, stove etc. preparing and storing food was more complicated, and groceries usually didn’t travel more that a couple of miles, with the exception of expensive spice etc. You’re not bound by any of the following rules, epecially if there’s magic involved in the process. (I could write a separate article on how an low-mid-level cleric and druid can influence the life of a standard farming village and virtually eradicate famine, at least in D&D.)

With the “do what you want, it’s a fantasy setting”, let us proceed.

Standard foodstuffs of the Medieval Times

Firstly, there’s more to the peasant food than just the turnips. As terrible as the bad harvest and diseases were, people usually had an access to the stable foods: bread, dairy products, cheap cuts of meat, and preserved fish. Depending on the season, this was enriched by fruits and vegetables, and spices – black pepper being the most common.

The grains, legumes and vegetables were predominant on medieval tables. Meats were less common and while nutritious, never became the main source of calories. We’ll cover those later!

Where to find recipes

Obviously, you can do your own Google search for ‘medieval recipes’, ‘medieval cookery’ etc. However, I strongly believe in curated sources, so here’s a list of my favourite recipes for tavern meals, with vegetables, grains and legumes as the key ingredients:

For the interested, featured image is a painting by Joachim Beuckelaer, Market Woman with Fruit, Vegetables and Poultry.

One Comment on “You’re sitting in a tavern; or, Food in the Middle Ages (part 1)”

Did you know, marble is formed from limestone. You could build your whole house out of limestone and it would be strong, durable AND beautiful! 💖
Winter in Finland is so beautiful 🥰
My job is awesome 😅 here’s todays work! #workfromhome #selfemployed #geology #geologistsprimer
Hope you like ghosts and spooky stories, because now you can watch me walk you through the whole Phantom Manor adventure! Come visit our YouTube channel and learn how to run it for your group! #ttrpg #phantommanor #ghosts #gothic #horror #ghost #dnd #dnd5e #pathfinder #rpg #adventure #dungeonsanddragons
Who’s got the coffee? 😅 #gym #coffeetime #earlystart #workingout #coffeeaddict
No matter how the Open Gaming License ends, let’s not forget we were angry with Wizards before, and we will be later. #ogl #dnd #wotc #wizards #orc #dnd5e #dndbeyond #dndbegone #orc #pathfinder #ttrpg #ttrpgs #rpg #dungeonsanddragons #wizardsofthecoast
%d bloggers like this: