I’m a bit behind on the reviews but… Oh my, this comic book is everything I’ve ever wanted (until the animated series comes out, and then the 10-season live action TV series).

Ending the last issue on a high note, with “roll initiative” in the air, Matt Colville decided to throw the characters under the bus. The villain is deadly, intelligent, and doesn’t care at all that the protagonists would very much like to loot her afterwards, thank you very much. I cannot wait to read more about her, and her compatriots.

The story progresses just like it should, seeing as we’re 66% into the story arc – there’s a party to be assembled, and the main characters must go through the hardships and tribulations to achieve their final goals in issue six. And yet, even though it’s classic story composition, it still feels natural and fresh. Vex is incredible and believable (she made such progress during the campaign!), Keyleth has the best facial expressions, and Scanlan is the most genre-savvy character I’ve seen in a long time.

But the story needs more Percy.

I’m going to leave you with my favourite snippet of this issue: Tiberius being awesome. 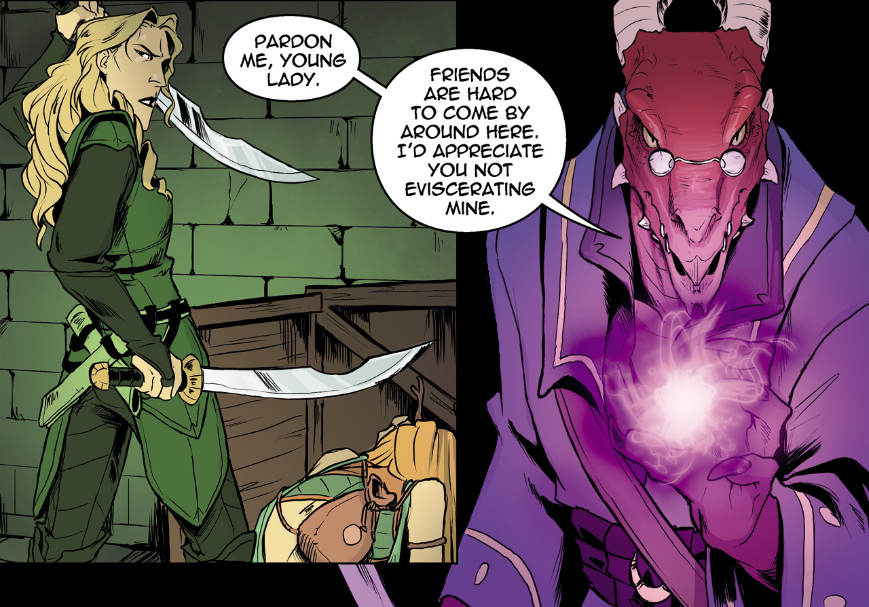 ← What’s the use of the garden gnomes?
Show your face! Free character portrait generators for all your RPG needs →