What’s the use of the garden gnomes? 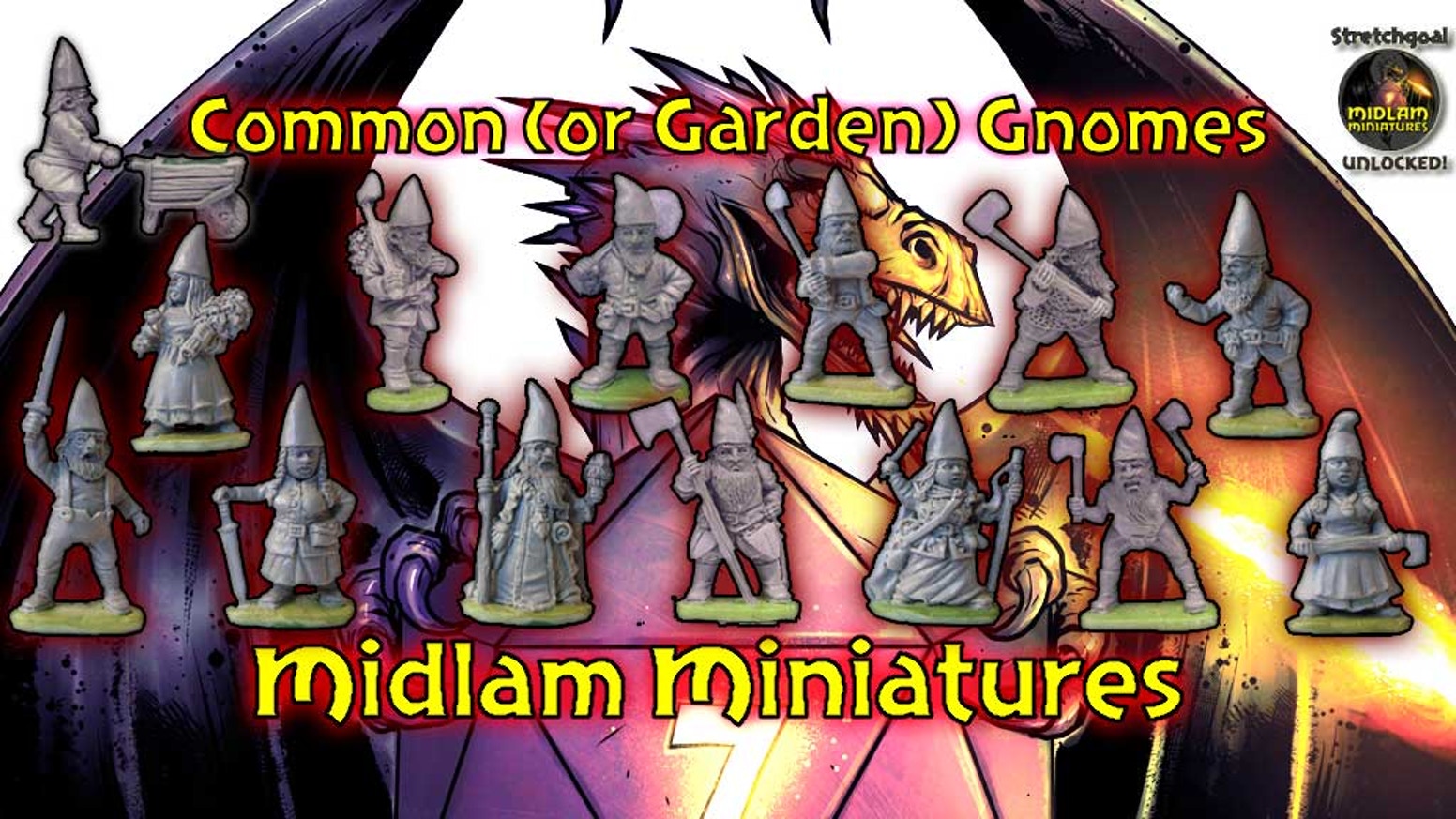 I got my latest Kickstarter package delivered – a pack of Common (or Garden) Gnomes from Midlam Miniatures. Why did I need them? No reason whatsoever. But I am a big fan of this tiny UK-based company and their metal minis, and I make it a point to support all their Kickstarter campaigns. They keep creating original, less “popular” designs, filling several niches: beastfolk, halflings, civilians, Lovecraftian cultists, female characters in sensible clothing.

The minis are standard 28mm scale, but being gnomes they’re only 28mm when you measure them up to the top of the pointy hat. Here’s the size comparison of the male and female gnomes with a human woman (from Midlam’s Winter Adventurers set): 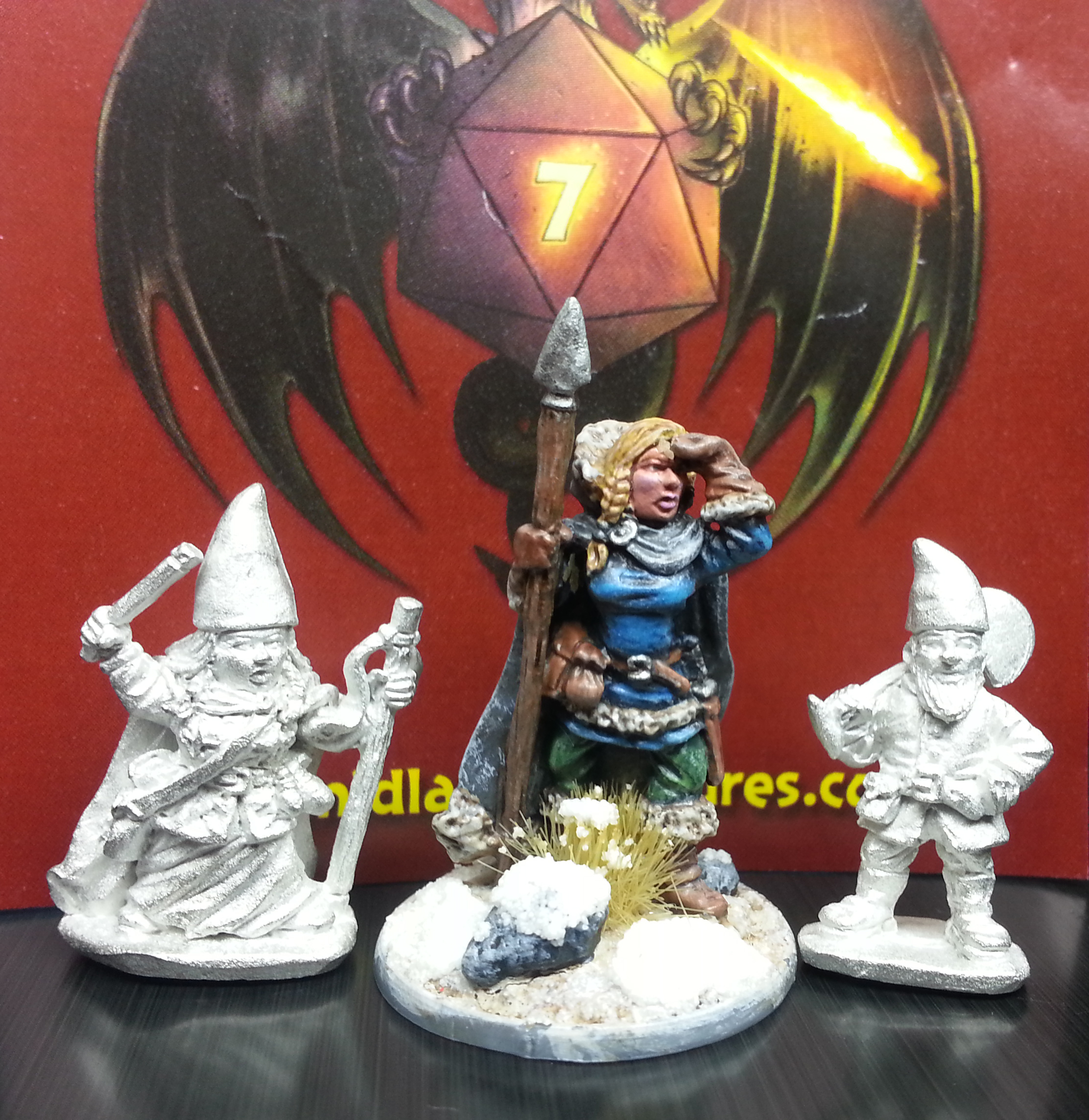 I got absolutely zero need for those gnomes. Even if I get to play a gnome one day, they won’t be wearing pointy hats (unless they’re a wizard, I guess). But the minis are so sweet, well cast (little to no lines, no flashes, no rips, no miscasts) and detailed that they’re already on my painting short list.

As for gnomes they’re quite diverse – just another nice thing about Midlam’s minis. Out of 14 models in a set, there are four women (a mage, shown above, a flower girl, an unarmoured woman with an axe, and a leather-clad one with a sword), all of them in practical dresses (as far as practical dresses go). The other ten are male – or at least bearded, part of them armoured, part of them unarmoured, some with swords, some with axes, and some with wheelbarrows or angry gestures. The wizard has an owl familiar, so everything is good in the universe.

Anyway, guys from Midlam have just put a new Kickstarter campaign out there, with the Ghosts of Midlam Manor. If you ever need a dwarven or a halfling ghost, check them out.

One Comment on “What’s the use of the garden gnomes?”