Last week I happened to review for you Jared Blando’s book on hand-drawing fantasy maps. This time we’ll go further – just in case you feel more confident in digital drawing or are just looking for some generators.

Of course, picking your tools depends mostly on your skills. However, as a graphic designer myself, I’ll tell you why going digital might be easier and – well – more forgiving:

The trio above allows you to experiment with colours, shapes, typography (ah, it’s also way easier to use fonts than dabble in calligraphy), and the most important: The Holy Undo, which allows you to make mistakes and correct them without redrawing everything. Believe me, that’s what you need if you’re making your first map.

The best tutorial I’ve found so far is an old series by Jeremy Elford. It helps you with semi-randomised coastline generating, and in general gives you all the knowledge you need to make your own fantasy map. You’ll need either Photoshop or GIMP; the tutorial is written for PS but most of the options are included in both programms.

Here’s the map I’ve created for Warlord Games’ Beyond the Gates of Antares: The Battle for Xilos supplement, made with the tutorial linked above. In the book it’s overlaid with some markers and AI interface, but you get the idea. 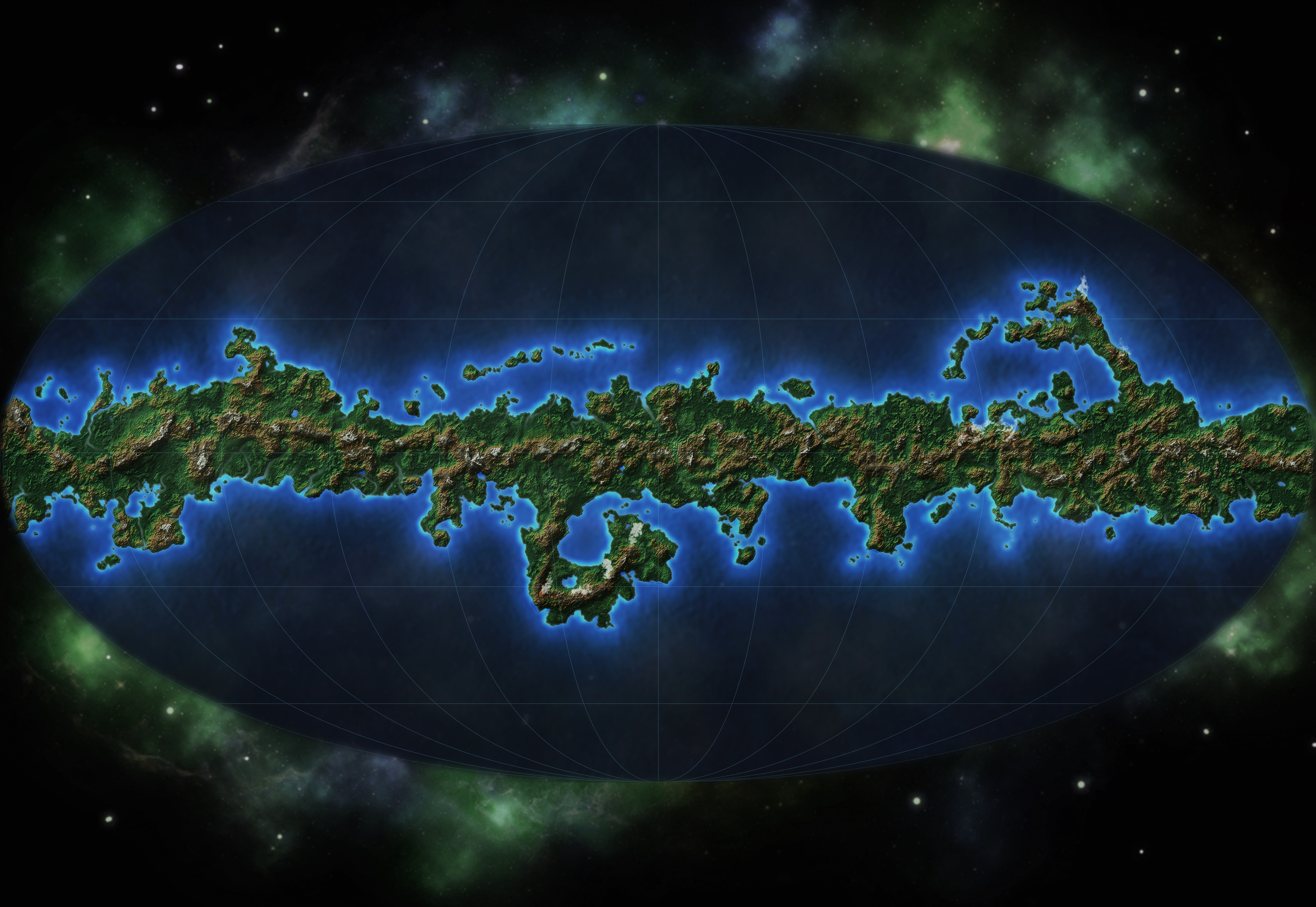 Anyway, back to cartography. There’s also an amazing blog by Jonathan Roberts, called Fantastic Maps. It gives very detailed tips on map-making in general, and even more so on drawing specific elements, like hills, mountains, trees and such. If you were ever concerned about using Photoshop blending modes in your maps, look no further. Or, actually, read on, I haven’t finished yet.

The Internet is brimming with map-making tutorials (no matter what some people say, geeks and RPG-fans aren’t that rare), but if you don’t feel up to drawing it yourself, maybe you should try some other ideas; here’s some: