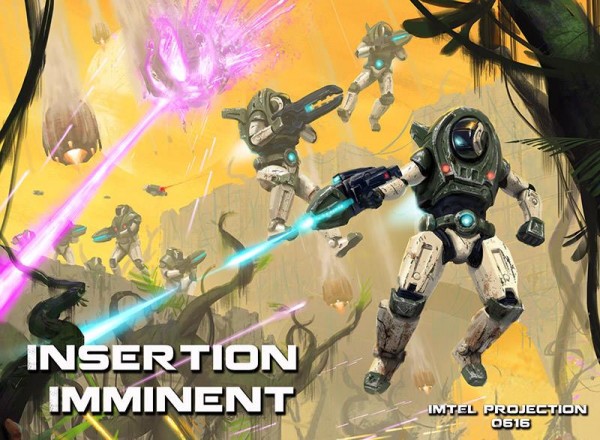 So, as the Warlord Games announced today the release of The Battle for Xilos, I can finally share with you what I was working on for the last couple of months. And boy, what fun it was!

I don’t know if you’re familiar with Beyond the Gates of Antares or with wargaming in general. I happen to work as a graphic designer for Warlord Games, one of the biggest companies in historical and science-fiction wargaming. The miniatures range from Ancient Greece, through Thirty Years War, Napoleonic Wars, and World War II – up to s-f world of Antares. You’ll find it all here: http://www.warlordgames.com.

And now the new stuff: in June Warlord Games releases The Battle for Xilos, a campaign supplement about the discovery, exploration and conquest of Xilos, the mysterious planet that defies all former knowledge of all factions. I had a pleasure of creating the layout for the book, editing it, proofreading, and even creating maps, planet views, and other illustrations. You cannot probably fathom how proud I am seeing it finally out for publishing.

As it’s still at printers I cannot tell you much except of informing you of it being an absolutely cool thing; you may as well check it out and then join me (and lots of other people) at the gaming table.